Shares of Coty (NYSE:COTY) fell as much as 10.5% in the first half hour of trading on May 10. The big news was the company's pre-market earnings update for the fiscal third quarter of 2021. Although the company tried to emphasize the positives as it attempts to turn its business around, investors were focusing on the negatives in early trading.

On the top line, Coty's sales totaled $1.03 billion. That was down a little over 3% from the same quarter in the previous year. A 450 basis point improvement in the company's adjusted gross margin, plus cost containment efforts, reduced restructuring costs, and mix (among other things), helped to improve adjusted EBITDA from negative $1.4 million in the fiscal third quarter of 2020 to $183 million this year. That said, adjusted earnings were basically flat in the quarter, up from a $0.14-per-share loss last year. Wall Street had been expecting Coty to report earnings of around $0.01 a share, so it missed on the bottom line, which investors tend to view negatively. 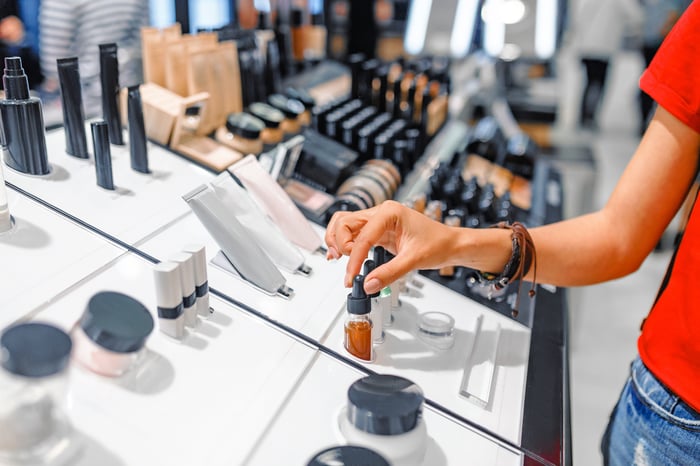 Part of the problem here, however, is likely related to the roughly doubling of the stock's price since it announced a strategic makeover in June 2020 (including today's drop). It's likely that investors were looking for more from the effort, which included selling off a material piece of the business. That said, progress is being made in the company's turnaround, including strength at its CoverGirl brand and in its fragrance business in the United States. The repositioning of key brands (Rimmel and Max Factor) will continue in the fourth quarter in Europe. So the news wasn't all bad and, in the end, the earnings miss was relatively modest. But investors appear to be taking a show-me attitude and Coty just didn't deliver.

The big takeaway for Coty is probably that the company's turnaround plans are still a work in progress. That's not shocking, but it appears that investors were looking for more progress after a large stock run-up. The market, sitting near record highs, has been a bit more draconian when companies disappoint of late and it looks like Coty took that emotionally driven hit today.