Please ensure Javascript is enabled for purposes of website accessibility
Log In Help Join The Motley Fool
Free Article Join Over 1 Million Premium Members And Get More In-Depth Stock Guidance and Research
By Rich Duprey - May 11, 2021 at 6:30AM

Not every stock on the investing platform is a chatroom favorite, though some of the most popular are.

The Robinhood investing app democratized investing for millions by doing away with fees and giving away free stocks. Its ease of use on mobile devices made it an instant hit with connected millennials and new investors. Although some more seasoned investors may smirk about Robinhood investors piling into so-called meme stocks like AMC Entertainment and GameStop, they're also just as likely to own staid stalwarts like Disney and General Electric. Let's investigate three of the top 10 most popular stocks on Robinhood today. 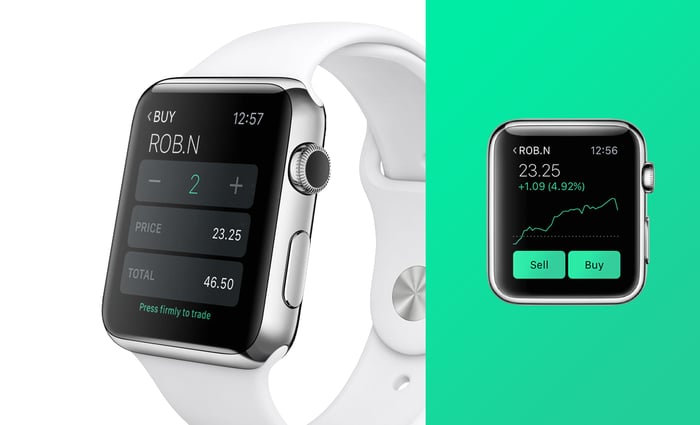 Aphria and Tilray (TLRY) just completed their blockbuster merger, creating a marijuana industry giant. Although it trades under the Tilray ticker, it will be Aphria's management in control. Aphria's chairman and CEO took over the top executive position at business that straddles the Canadian and U.S. markets, while Tilray's CEO has moved to the board of directors.

Beyond North America, the merged company will maintain and enhance its global position as a significant player in Europe. Aphria's CC Pharma, which it acquired in 2019, made it a leading importer and distributor of EU pharmaceuticals for the German market, and Tilray recently gained licenses in Portugal and the U.K. to import and distribute medical cannabis products there.

If the U.S. legalizes marijuana, look for Tilray to be a dominant player there, too. Business is growing as more states authorize its consumption and sale -- 16 states and the District of Columbia have legalized it thus far -- but the biggest catalyst for growth would be legalization on a federal level.

Chinese electric vehicle (EV) maker NIO (NIO 0.90%) just reported delivering over 7,100 vehicles in April, representing a 125% increase over the year-ago period. The company managed that achievement despite the global computer chip shortage that's hit the auto industry especially hard. NIO even had to shut down production for five days as a result. Ford, for example, reported relatively robust first-quarter results last week, but its stock slumped because it expects to produce 1.1 million fewer vehicles this year due to semiconductor chip shortages.

NIO's own quarterly earnings were fairly good; its adjusted loss of $0.04 per share was better than what Wall Street was expecting (a loss of $0.10 per share). Revenue was higher as EV buyers elected premium options on their cars. Unfortunately, the chip shortage will continue to weigh on NIO as it is on Ford and other carmakers, keeping it about 25% to 30% below its monthly production capacity for the foreseeable future.

The Chinese EV maker still looks like it has significant growth potential ahead, though its capabilities won't be fully realized until the issues surrounding semiconductors are sorted out.

As the fourth-most-popular stock on the Robinhood platform, Sundial Growers (SNDL 5.67%) was one of those meme stocks that got caught up in trading euphoria earlier this year. But today, it trades at just $0.74 per share -- a true penny stock. Like Tilray, though, the promise of marijuana legalization seems too great of an allure to shake off. But Sundial doesn't hold nearly the potential Tilray does.

Commercialization of marijuana has not benefited the pot grower, and its business model continues to transform, first from being a wholesale grower, then to a retail brand, and more recently industry financier. But its investments in fellow penny stock pot companies Zenabis Global and Indiva arguably could have been better spent bolstering its own business, as could its SunStream Bancorp joint venture with SAF Group that seeks out "asymmetrically enhanced risk-return opportunities in the cannabis industry."

That's fancy investment manager jargon for investments that maximize upside potential while limiting downside risks, and just about everyone does that, but without the flowery language. Sundial says it wants "exposure to a portfolio of attractive debt, equity, and hybrid investments," which is a long way away from its own marijuana roots. Investors should handle Sundial Growers with extreme care.