Please ensure Javascript is enabled for purposes of website accessibility
Log In Help Join The Motley Fool
Free Article Join Over 1 Million Premium Members And Get More In-Depth Stock Guidance and Research
By Eric Volkman - May 11, 2021 at 7:11PM

The ambitious U.S. company wants to place a wedge in the big European country.

A day after reporting its latest set of quarterly results, Curaleaf Holdings (CURLF 3.02%) announced a promising new product line in a market far from its own. On Tuesday, the U.S. cannabis company said a subsidiary has launched a new line of medical marijuana products in Germany.

That subsidiary, Adven, is rolling out a high-Tetrahydrocannabinol (THC; the substance that produces pot's famous euphoria) oil product to introduce the country to its offerings. This will be followed by other products of varying strengths in both oil and flower formats. Curaleaf/Adven is also to introduce cannabidiol (CBD) formulations for qualifying German patients. 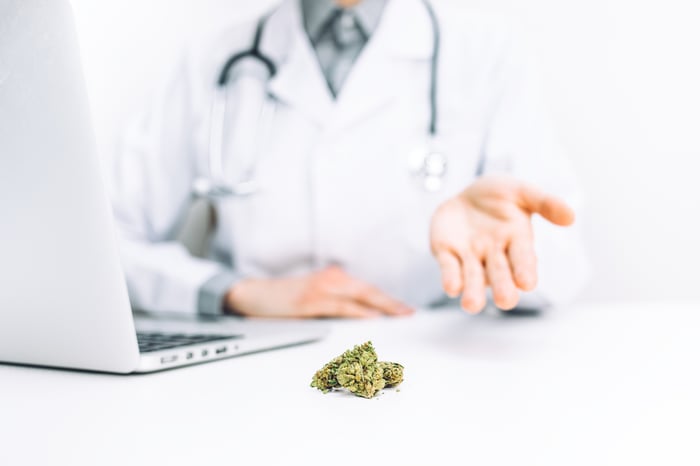 "We are very pleased to bring our first medical cannabis products to market in Germany and, with the rapid extension of our product range in 2021, establishing ourselves as a leader in Europe's largest medical cannabis market," the company quoted Curaleaf International CEO Antonio Costanzo as saying.

Compared to the U.S., where both recreational and medical marijuana are legalized in a handful of states, Europe is relatively more strict. No country in the European Union has yet liberated recreational sale and use, and many of its nations bar the drug outright.

So while Germany is indeed a relatively large market and medical marijuana is more profitable, by and large, than its recreational counterpart, we shouldn't expect a big jolt to Curaleaf's revenue -- at least, not yet. The company cited an estimate indicating that Germany's medical segment could grow to $2.1 billion by 2025. If it can capture even a modest chunk of that market, it could see some decent lift on the top and bottom lines.

With several encouraging numbers from the first quarter and now this promising news, investors are bullish on Curaleaf. On Tuesday, the stock rose by 3.1%, on a generally awful day for the overall market.