Please ensure Javascript is enabled for purposes of website accessibility
Log In Help Join The Motley Fool
Free Article Join Over 1 Million Premium Members And Get More In-Depth Stock Guidance and Research
By Jeremy Bowman - May 11, 2021 at 8:44PM

Shares of the enterprise software company fell on a disappointing earnings report. 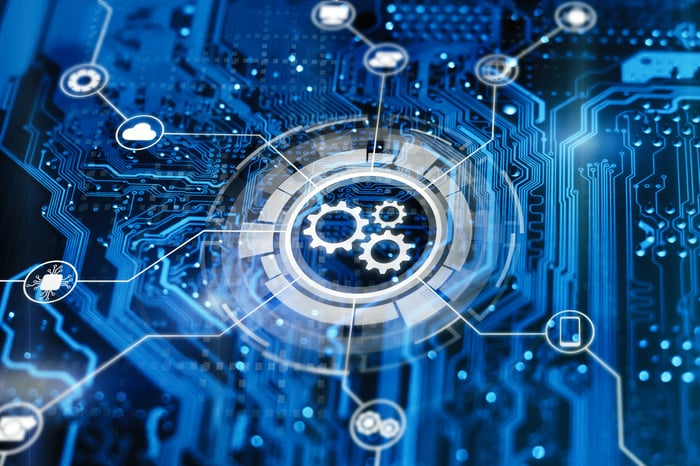 Rimini Street said revenue increased 12.6% to $87.9 million, which was slightly below analyst estimates at $88.2 million. Other metrics were more impressive as active customers increased 22.8% to 2,550, and quarterly billings rose 24.2% to $81 million.

CEO Seth Ravin said, "For the first quarter, we remain on track to achieve our strategic growth plan to achieve $1 billion in annual revenue by 2026," and also noted that the company has $153 million in cash on the balance sheet, or more than a quarter of its market cap after today's sell-off. It also has no debt.

The lone analyst to remark on the report was Richard Baldry of Roth Capital, who slashed his rating on the stock from buy to neutral and lowered his price target from $15 to $8. Baldry noted that the quarter was the company's slowest growth rate since the pandemic began and that revenue growth was essentially flat on a sequential basis.

Looking to the second quarter, Rimini Street expects revenue of $88.5 million to $90.5 million, representing 15% growth at the midpoint, but slightly below the consensus at $90.5 million. For the full year, it called for $370 million to $380 million in revenue, in line with expectations at $375 million.

Given the weak results and middling guidance, today's sell-off in the tech stock isn't surprising.