Please ensure Javascript is enabled for purposes of website accessibility
Log In Help Join The Motley Fool
Free Article Join Over 1 Million Premium Members And Get More In-Depth Stock Guidance and Research
By Dan Caplinger - May 13, 2021 at 3:43PM

Thursday's big bounce was concentrated in a couple of favorites among investors.

The stock market managed to rebound sharply on Thursday, reversing course after a series of down days. Investors remain concerned about the potential for inflation and the impact on a market that has relatively rich valuations right now, but at least for one day, they managed to put aside their fears and sent major market benchmarks higher. Gains for the Dow Jones Industrial Average (^DJI 1.27%), S&P 500 (^GSPC 1.73%), and Nasdaq Composite (^IXIC 2.09%) didn't make up for all their lost ground, but it marked a small step in the right direction.

With all the turbulence in the markets, one might think that market participants without a whole lot of experience in stocks would be headed for the exits. But a new generation of investors is doubling down on their newfound passion, and that helped send a couple of popular stocks sharply higher on Thursday. We'll look more closely at them after a quick market update.

Major market benchmarks gained ground on Thursday, with investors showing some renewed confidence. Once again, though, the Nasdaq underperformed other indexes, showing some reluctance about high-growth tech stocks.

Meme stocks are back

Among the best performers on Thursday were AMC Entertainment Holdings (AMC -4.01%) and GameStop (GME 3.27%). Most investors will recall quite clearly that both of those companies were at the epicenter of the massive short squeeze that took down a Wall Street hedge fund in late January and early February. 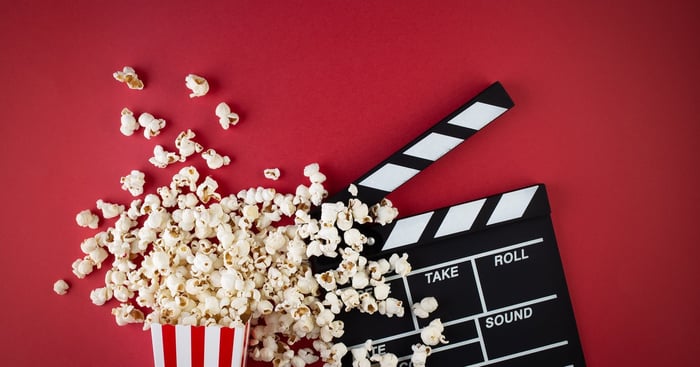 AMC shares gained 24%, with investors apparently celebrating the fact that the movie theater operator managed to take advantage of the unusually high interest in its stock by issuing yet more new shares to the public. AMC reported that it had completed an at-the-market equity offering to raise $428 million in additional capital, selling 43 million shares. Although the average sale price of $9.94 per share was well below Thursday's closing price of $12.77 per share, AMC CEO Adam Aron was quite pleased with the completion of the program that had just started on April 29. That's easy to understand, given that AMC shares routinely traded below $10 per share even before the COVID-19 pandemic put such pressure on the entire theater industry.

GameStop shares rose 14%, with investors apparently allowing the video game retailer to tag along for the ride. GameStop didn't announce any news relevant to shareholders, but it too has taken advantage of the interest in its stock to raise capital recently. Back in late April, GameStop completed its own at-the-market offering, selling 3.5 million shares to raise $551 million. That works out to an average of around $157 per share, and today's gains took the stock above that mark, with a closing price of $165 per share.

Keep your eyes on the business

AMC still has yet to recover from the pandemic, and even when people are able to go to theaters again, it doesn't mean they'll necessarily do so. At-home entertainment offerings are more compelling than ever, and that will be big competition for AMC.

Similarly, GameStop is in the midst of a major restructuring to become the go-to digital marketplace for video game related products. Yet game developers are looking to bypass retail entirely, and that could pose competitive threats that would stymie GameStop's long-range strategy.

It's good that new investors aren't giving up on the stock market. However, putting too much confidence in AMC and GameStop comes with major risks that might not pan out well.