Please ensure Javascript is enabled for purposes of website accessibility
Log In Help Join The Motley Fool
Free Article Join Over 1 Million Premium Members And Get More In-Depth Stock Guidance and Research
By Rachel Warren - May 16, 2021 at 5:35AM

Jushi Holdings and Shopify can handle whatever turbulence the market or the economy throws their way.

It's not an easy time to be an investor -- concerns that another correction or crash may be just around the corner are flooding the market. But nothing in life is devoid of risk, including investing, and whenever the next downturn arrives, it will be a normal occurrence in our naturally cyclical market. And it's important to remember that these periods of decline historically have often been followed by prolonged bull markets that lift the major indexes to new highs.

Long-term investors should avoid buying or selling stocks based on the short-term movements of the market. To implement a successful long-term investing strategy, it's important to focus on high-caliber companies that you'll be comfortable keeping in your portfolio for years.

If you have a solid emergency fund to fall back on and also have cash available to invest for the long haul, here are two crash-ready stocks to add to your holdings right now. 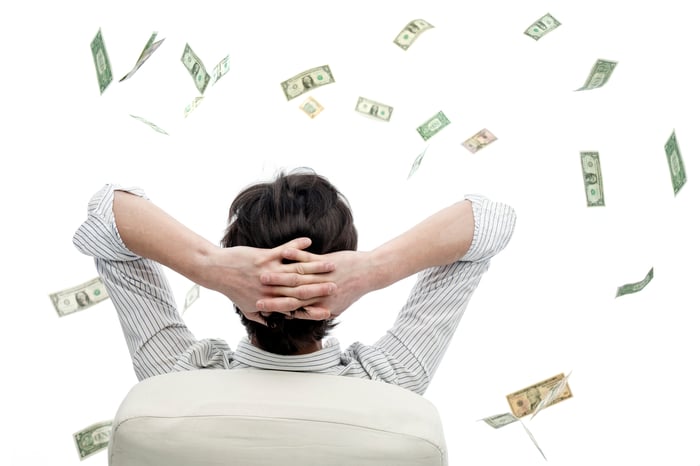 The cannabis industry might not be the first sector that comes to mind when you're searching for recession-resilient buys, but there are notable exceptions to the widespread volatility that plagues many of these stocks. Jushi Holdings (JUSHF 2.91%) is most definitely one of them.

Jushi owns a chain of cannabis dispensaries located across the nation, but the two states where it maintains its heaviest store presence are Pennsylvania and Illinois, both of which present significant market opportunities. The use of cannabis for medical purposes is legal in Pennsylvania, but recreational use is not. However, legislation is currently being drafted that could soon see recreational cannabis use legalized there. Illinois is one of more than a dozen states where marijuana is legal for both medical and recreational purposes.

In 2020, the company's revenue surged by a mouthwatering 690% while its gross profits spiked by 760%. It's also generating high levels of cash. As of March 31, Jushi Holdings reported cash, cash equivalents, and short-term investments to the tune of $168 million on its balance sheet.

Shares of Jushi Holdings have gained 630% over the past 12 months, but it still trades for just about $6 per share. This often-overlooked pot stock is a gem, and its growth is just getting started. Investors who buy now will likely see robust returns over the next few decades.

The e-commerce industry has experienced tremendous growth throughout the pandemic, and it isn't going anywhere even as we head toward the post-pandemic era. In fact, Statista estimates that global retail e-commerce sales will hit a staggering $5.4 trillion next year.

It should come as no surprise that Shopify (SHOP -1.18%) has been one of the leading companies in this e-commerce boom. Not only does its platform provide the tools necessary for entrepreneurs to build just about any kind of online store imaginable from the ground up, it also offers complete end-to-end integrated solutions for its clients to source products, track inventory, process payments, and expand their customer bases. Shopify's success during the worst economic downturn since the Great Depression demonstrates it to be an incredibly recession-resilient buy.

In 2020, Shopify's overall revenues grew by 86% and its gross merchandise volume (GMV) rose by 96%. Its subscription solutions revenue (the monthly fee Shopify charges merchants) and merchant solutions revenue (derived from payments processed via Shopify) also popped by 41% and 116%, respectively.

Late last month, investors were waiting with bated breath to see Shopify's first-quarter financial results, and the company didn't disappoint with its April 28 report. Its revenues were up 110% from the year-ago quarter, with subscription solutions and merchant solutions revenue rising by 71% and 137%, respectively. In addition to these stellar metrics, Shopify reported that its GMV spiked 114% year over year, while monthly recurring revenue (MRR) rose 62%.

Shopify also continued to expand its platform offerings. For example, management noted that the company's "all-in-one mobile shopping assistant," which it calls Shop, had a registered user count of 107 million individuals at the close of Q1. Management also said that they "continued to build the foundation of Shopify Fulfillment Network, focusing on optimizing our software and network, and introduced features that offer merchants greater insights into their inventory and increased flexibility to manage their orders."

Shares of Shopify are trading about 40% higher than they were a year ago, but analysts still think the stock has remarkable upside potential, with a price target as high as 81% above its current price.

If you've been weighing an investment in Shopify, but were worried that the moment to seize on the stock's growth story had already passed, think again. There's enormous untapped potential left for new investors to profit from here.

3 Safe Cannabis Stocks to Hold During the COVID-19 Pandemic