Please ensure Javascript is enabled for purposes of website accessibility
Log In Help Join The Motley Fool
Free Article Join Over 1 Million Premium Members And Get More In-Depth Stock Guidance and Research
By Keith Speights – Updated May 17, 2021 at 5:01PM

There has been a dark cloud hovering over Clover Health Investments (CLOV -5.56%) since a short-seller made several allegations against the Medicare insurance technology company in February. Those allegations sparked a wave of class action lawsuits. Shares of Clover Health have plunged more than 50% year to date.

Clover announced its first-quarter results before the market opened on Monday. While there was some good news, it wasn't enough to serve as a major catalyst for the health insurance stock: Shares rose around 1% in early trading. Here are the highlights of Clover Health's Q1 update. 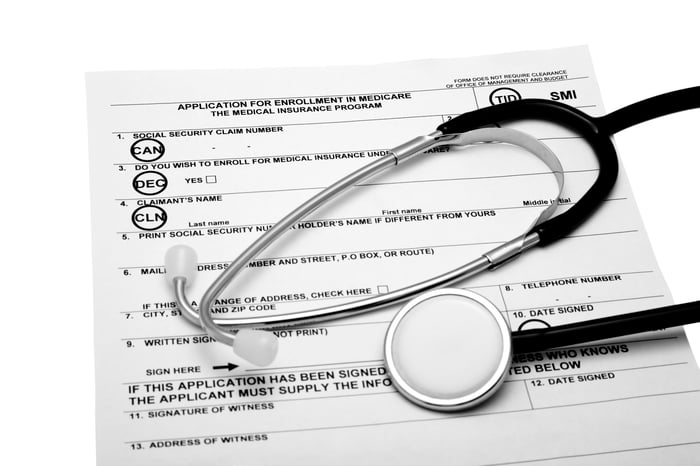 Clover Health reported revenue in the first quarter of $200.3 million. This reflected a 21% increase from the prior-year period revenue total of $165.5 million. It also blew past the Wall Street consensus revenue estimate of $166.2 million.

The company announced a net loss in the first quarter of $48.4 million. In the prior-year period, Clover posted a net loss of $28.2 million.

Clover generated a Q1 adjusted earnings before interest, taxes, depreciation, and amortization (EBITDA) loss of $76.2 million. The health insurer delivered an adjusted EBITDA loss of $21.7 million in the same quarter of 2020.

The good news for Clover Health in Q1 was that the company reported record revenue. This was fueled by an 18% year-over-year increase in Medicare Advantage membership.

Clover Health president and chief technology officer Andrew Toy said the company's partnership with Walgreens is "off to a great start." Under this collaboration, which began in the second half of 2020, Clover's platform is used by Walgreens health advisors to offer new services to Clover members.

However, with Clover's widening net loss there also was clearly some bad news. The company's medical care ratio (MCR) jumped to 107.6% in the first quarter of 2021 from 89.4% in the prior-year period, based on generally accepted accounting principles (GAAP). MCR measures medical costs as a percentage of premiums. Health insurers don't want their MCR ratios to be too high.

Clover's bottom line would have been much worse. The company recognized a gain of $85.5 million in Q1 related to the change in the fair value of the warrant liability related to its merger with Social Capital Hedosophia III.

Probably the biggest thing to watch with Clover's business is the progress of its direct contracting initiative, which allows it to move beyond Medicare Advantage into the original Medicare program. This is a much larger opportunity than Medicare Advantage. Clover thinks it will sign up between 70,000 and 100,000 Medicare beneficiaries by the end of this year.