Please ensure Javascript is enabled for purposes of website accessibility
Log In Help Join The Motley Fool
Free Article Join Over 1 Million Premium Members And Get More In-Depth Stock Guidance and Research
By Eric Volkman - May 18, 2021 at 10:59PM

The company continues to profit from its push into cutting-edge technologies.

Chinese tech giant Baidu (BIDU -1.03%) scored a pair of beats in its inaugural quarter of 2021, but investors might be more concerned about the company's immediate future. 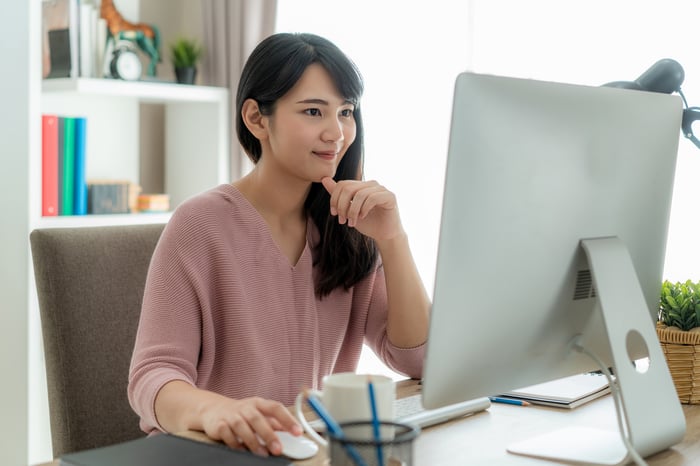 Both results blew past analyst estimates. Collectively, analysts following the stock were anticipating $4.22 billion on the top line, and a per-ADS net profit of $1.66.

Baidu attributed its Q1 success to its ever-continuing push against the edges of technology. "We are delighted to bring innovation across many sectors, including marketing cloud, enterprise cloud, smart transportation, autonomous driving, smart assistant and [artificial intelligence, or AI] chip, through our decade-long investment in AI," it quoted CEO Robin Li as saying.

The company is always quick to tout its performance in current- and next-generation technologies. In the Q1 earnings release, it didn't hesitate to mention that its EasyDL machine learning service was ranked No. 1 in China late last year by global IT researcher IDC, among other achievements.

Baidu proffered guidance for its current Q2. The company is projecting revenue between 29.7 billion yuan ($4.6 billion) and 32.5 billion yuan ($5.1 billion), excluding the take from the YY Live streaming service it acquired in a roughly $3.6 billion deal agreed in late 2020. It did not provide any profitability forecasts.

The analyst consensus of $4.67 billion is within that range. Perhaps that's why investors didn't get too excited about the about the earnings release; Baidu's ADSes slipped to close 0.2% lower on Tuesday.