Please ensure Javascript is enabled for purposes of website accessibility
Log In Help Join The Motley Fool
Free Article Join Over 1 Million Premium Members And Get More In-Depth Stock Guidance and Research
By Howard Smith - May 24, 2021 at 11:29AM

Investors are taking two recent developments as positive news for the theater operator.

AMC Entertainment (AMC -4.86%) is getting a boost Monday after a big weekend movie release and news the company's former owner has virtually sold out of its holdings. At 10:50 a.m. EDT Monday, AMC shares were trading up 9.2%.

The theater operator has been the focus of investors for several reasons this year. An exponential rise in shares occurred when the company became a favorite of the retail trading crowd spurred by online forums. Shares quickly retreated, but the company took the opportunity to raise much-needed capital, and shares have steadily moved back up since February. 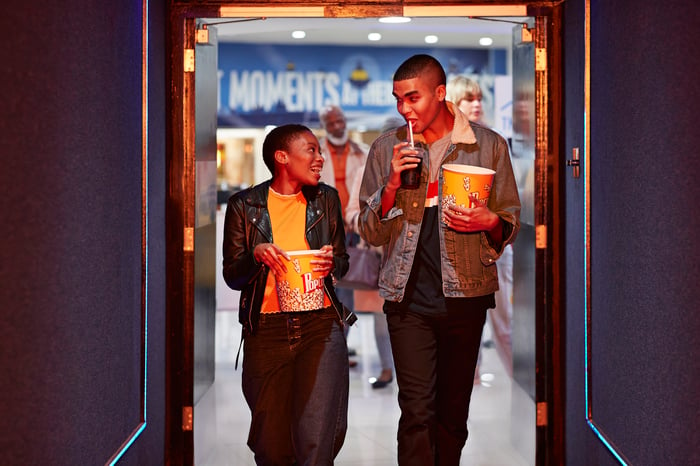 Now the company's former owner and largest shareholder, China-based Wanda Group, has announced it has sold virtually all of its stake. On May 13 the Chinese conglomerate began unloading shares, and as of May 21 it had reduced its stake to 0.002% of total outstanding Class A shares, collecting $426 million on the sales. Investors seem happy to have AMC out of Chinese control, and they likely are also looking at the successful weekend international release of F9, the latest installment of the Fast and Furious franchise.

Wanda Group acquired AMC in 2012 and became its largest shareholder after bringing the company public a year later. In a statement related to the share sales, AMC CEO and president Adam Aron said, "Wanda has been a terrific shareholder of AMC for almost a decade. Under their ownership, AMC became the biggest movie theater operator in the world."

Many investors are wary of the political risks that may be associated with Chinese ownership or control, so the share sales are likely considered a de-risking event. In addition, investors also are optimistic for a recovery in the underlying business after F9 became the best-selling pandemic box-office release after being released in only eight countries. Its U.S. debut is scheduled for June 25.