Please ensure Javascript is enabled for purposes of website accessibility
Log In Help Join The Motley Fool
Free Article Join Over 1 Million Premium Members And Get More In-Depth Stock Guidance and Research
By Eric Volkman - Jun 2, 2021 at 9:46AM

But the feature isn't a particularly hot item among Twitter users.

Twitter (TWTR 0.30%), which has struggled to turn a profit despite operating a wildly popular micro-messaging platform, will try to tap a new source of growth. The company revealed that is testing ads on its recently introduced Fleets feature.

Fleets are specialized Twitter posts that disappear 24 hours after they are posted. Rolled out last November, they are one of several features in the social media sphere that mimic Snap's (SNAP -7.96%) one-day-and-done Snaps and Stories in its flagship Snapchat app. 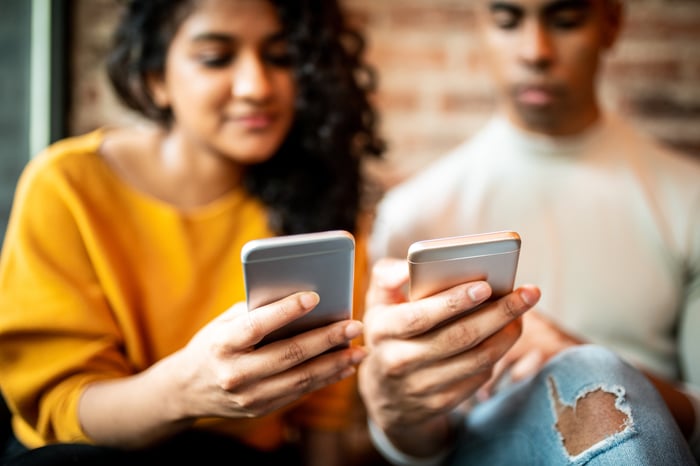 While these have made Snapchat a hot app, particularly with younger users, the imitation features rolled out by Facebook (META -3.84%) and Twitter haven't necessarily caught fire with users of those platforms.

According to a report on the Fleets move by Reuters published on Tuesday, clients posting ads on Fleets can opt to lead a viewer to their website or other online destination if that user swipes up on the ad. Those spots will be the first ones on Twitter that will occupy a full smartphone screen.

Regardless, Twitter's pilot program is part of a broader initiative to boost ad sales across its platform's ecosystem.

While the company operates a widely used and high-visibility platform, it has struggled to turn that ubiquity and popularity into strong fundamentals. It is only intermittently profitable, and its total revenue and growth rates pale in comparison to other tech sector stars -- notably Facebook, which remains a heavy favorite of social media company investors.

It was not clear how much Twitter would charge for the ad spots, nor how long the pilot program would run.