Please ensure Javascript is enabled for purposes of website accessibility
Log In Help Join The Motley Fool
Free Article Join Over 1 Million Premium Members And Get More In-Depth Stock Guidance and Research
By Demitri Kalogeropoulos - Jun 8, 2021 at 9:37AM

Roblox (RBLX -2.19%) shareholders beat the market last month as their stock rose 26%, compared to a 0.55% uptick in the S&P 500, according to data provided by S&P Global Market Intelligence. The rally pushed the entertainment stock, which only went public in mid-March, higher by over 40% so far in 2020.

Investors found plenty to celebrate in Roblox's first-quarter report. Its kid-focused content platform attracted 43 million users in Q1, up 37% from a year ago and higher by 1 million, compared to three months ago. Engagement was elevated despite a return to more normal mobility patterns in key markets like the U.S., too. Users collectively spent 3.2 billion hours on the service in April, up 18% year-over-year.

"We're inspired by the way in which the Roblox community creates and shares experiences to play, work, and even learn together," CEO David Baszucki said in a press release. 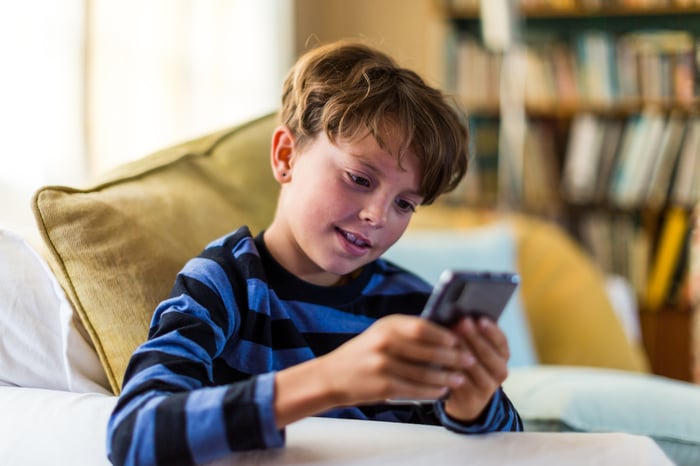 The company continued to spend more than it earned, though, as net losses landed at over $130 million. Roblox, which doesn't acquire content on its own, paid content developers $119 million to mark its single-biggest-expense line item.

Investors don't have a long string of earnings reports to judge the company against, so they should be cautious about making aggressive bets on the stock. Roblox hasn't shown a clear path toward consistent earnings generation, and it's not yet clear how many of its users will stick around as other streaming video, social media, and gaming platforms target them.

Still, this latest report eased a few potential concerns shareholders might have. Cash flow is surging as Roblox benefits from its growing size. Usage growth isn't slowing too much from pandemic highs, either, even though many people are now meeting up in person rather than using its platform for things like birthday parties and other celebrations. Roblox continues to attract bigger developers with higher content budgets, and that's a core factor supporting the long-term investing thesis.

On the other hand, the stock is valued at nearly $60 billion following May's rally. That's a steep price to pay for an unproven business model, even if it's one of the fastest-growing entertainment stocks around. As a result, investors might want to keep this stock on their watch lists, or establish a smaller position in Roblox, as they wait for more evidence of sustained profitability ahead.