The WallStreetBets retail-trader crowd has set its sights on some new names today.

But newcomers Wendy's (WEN -0.84%) and Clover Health Investments (CLOV -6.69%) seem to have taken the baton today. After a 20% jump early in the session, Wendy's shares have pared gains but remained up more than 17%. And shares of Clover Health rocketed more than 100%, before gains faded to about 44%. 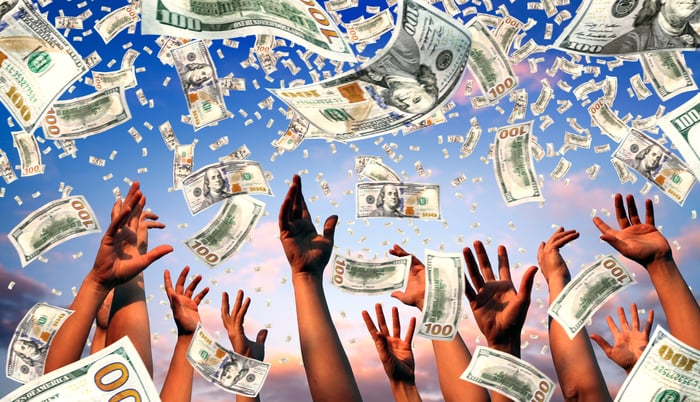 Clover Health is soaring today in part for the same reason as the original GameStop frenzy. Clover had more than 35% of its shares held short as of May 14, according to MarketWatch. Driving a short squeeze was the original intention of the retail traders that banded together in late January, and that's what they're doing again today with Clover Health.

Clover Health also has a history with the meme-stock crowd. The company was taken public in January by billionaire tech investor Chamath Palihapitiya through a Special Purchase Acquisition Corp. (SPAC) merger deal. Palihapitiya subsequently gained admiration from WallStreetBets users when he bought call options in GameStop -- and posted on Twitter about it -- when it was in the midst of an exponential rise as short-sellers were forced to cover and buy back shares.

The CEO of SPAC-generating investment firm Social Capital cheered on retail investors as the short squeeze in GameStop materialized, but then turned around and sold his entire position the following morning after an approximately $375,000 gain on his original $125,000 investment.

Part of the reason Clover Health has so many shorts betting against it was a report from short-seller Hindenburg Research in early February with the headline, "How the 'King of SPACs' Lured Retail Investors Into a Broken Business Facing an Active, Undisclosed DOJ Investigation." But it seems fans of Palihapitiya are now fighting back and trying to mirror the GameStop stock chart from earlier in the year.

Wendy's has piqued the interest of the Reddit users today, too, but it's not as typical as the other meme stocks. The company's largest shareholder is the hedge fund Trian, run by well-known investor Nelson Peltz. Trian and Peltz personally hold an almost 20% stake in the fast-food chain, according to a CNN report. And only about 4% of shares are held short.

But Wendy's has caught the eye of social media users with its advertising. Of Wendy's shares, one Reddit user posted "Frenzy+scarcity+low volume means minimal buys could push the price quickly," the report said.

The mob mentality aiming to push stock prices has become a game. Some are cashing out, including executives in Koss and AMC. Though AMC CEO Adam Aron hasn't sold, more than 285,000 shares have been sold by other company executives in the current quarter, according to CNBC.

Investors riding these waves should likely follow suit, as eventually, the stock will reflect the value of the underlying business. No one knows how soon that will be, but some traders will undoubtedly be left standing when the music stops.