Ocugen (NASDAQ:OCGN) soared to stock market stardom earlier this year after becoming a coronavirus vaccine stock almost overnight. The company signed a deal with Bharat Biotech to co-commercialize Bharat's near-to-market coronavirus vaccine candidate in the U.S. In recent days, the companies expanded the deal to include Canada as well.

From the start of the year to a peak in February, Ocugen shares rose more than 760%. But in recent weeks, they lost their luster -- at least for some investors. The stock is down about 50% from that peak. And just last week, Ocugen announced news that could remove even more of the luster. Let's take a look what the company said and whether it will put a halt on this once unstoppable stock. 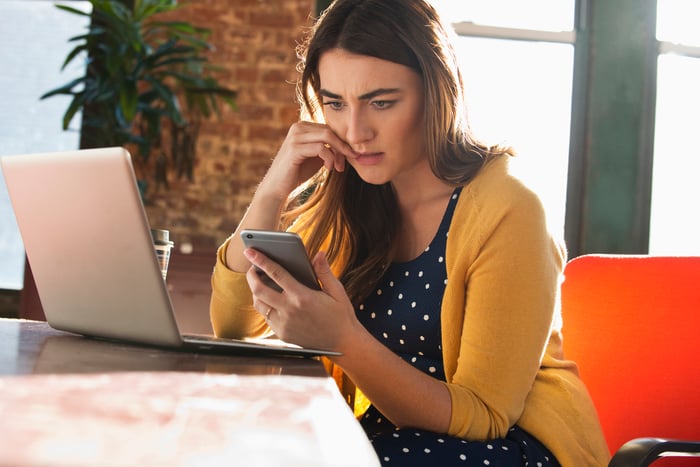 Ocugen said that it won't pursue Emergency Use Authorization (EUA) in the U.S. for its vaccine candidate -- known as Covaxin. That's upon recommendation from the U.S. Food and Drug Administration. The FDA recently reviewed the Covaxin master file and advised Ocugen to opt for a standard submission for approval.

That means a much slower time to market. EUA reviews during the pandemic have taken a few weeks. The review process for Biologics License Applications (BLA) usually takes six to 10 months. But we can add even more time to that. That's because the FDA also requested more data from Ocugen. Bharat is currently conducting a phase 3 trial in India. The companies already had submitted interim results from that trial to the FDA. Now, Ocugen says it expects a new clinical trial may be needed to support its regulatory request.

How bad is this news?

So, how bad is this news for Ocugen and investors? Well, even if the FDA granted Ocugen an EUA, I haven't been optimistic about the company's chances of selling Covaxin in the U.S. right away. The U.S. already bought enough doses to vaccinate the entire population. It seemed unlikely the U.S. would order Covaxin in the near term.

That said, an EUA would have resulted in two positive elements: Ocugen could have gotten the commercial engine going -- and it would have avoided the cost of conducting a new clinical trial.

Luckily for Ocugen, it may have the opportunity to sell Covaxin in Canada in the near term. The company is proceeding with its plan to file for expedited authorization there. Canada ordered enough vaccine doses. But supply has been short. So, the country may be willing to authorize the vaccine candidate -- and place an order. Still, I'm not sure this would represent a major source of revenue. It's important to keep in mind the terms of the co-commercialization deal: Ocugen gets to keep 45% of vaccine profit. Bharat takes the rest.

So far, we've looked at the near-term picture. But Ocugen still may win FDA approval farther down the road. Experts say the coronavirus will be with us for a long time. And that means we'll continue to need vaccines. Of course, Ocugen could land a U.S. vaccine supply deal in the future. But I'm not overly confident about the company's ability to take enough market share to make its Bharat partnership worthwhile.

Today's vaccine leaders are working on boosters and vaccine updates. And other latecomers are working on game-changing technologies such as oral vaccines or nasal spray formulations. It will be difficult for Ocugen to stand out among these players.

So, let's get back to the stock price. Here's what performance looks like so far this year. The latest drop -- 28% in one day -- happened when Ocugen announced its new U.S. regulatory plan. 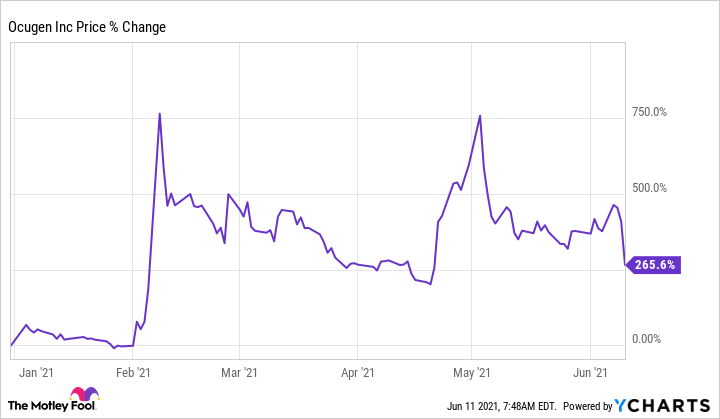 Was that drop temporary? Or will the news stop Ocugen in its tracks? I think it will slow things down quite a bit. Many investors were counting on Ocugen entering the U.S. market soon since Covaxin's development in India is nearly complete. A significant delay and the possibility of a new trial add a lot of risk to this stock. And the potential for reward isn't looking all that certain. Of course, any positive news from Canadian regulators could offer Ocugen a lift. But I'm not optimistic about sustained gains right now.

It will be interesting to watch how the Ocugen story unfolds. And the best place to do that is on the sidelines.