People trying to wish Dogecoin to the $1 mark are seeing it pushed in the wrong direction.

There were two items of news on the cryptocurrency front this morning. The big news is the ongoing campaign China's government is waging against Bitcoin (BTC 0.48%). The People's Republic of China (PRC) has been cracking down on Bitcoin miners, driving Bitcoin's price to a level about 50% off its 2021 highs. And now China's PRC-controlled central bank has ordered Chinese banks and payment processors like Ant Group's Alipay to help throttle cryptocurrency trading, according to a report by The Wall Street Journal. 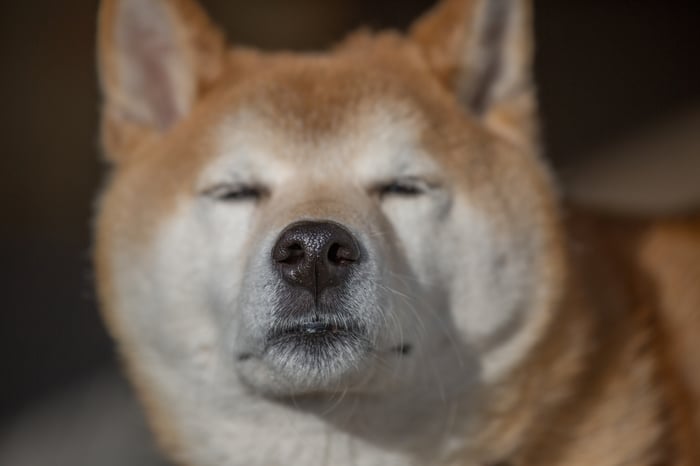 Other news on the cryptocurrency front today was that MicroStrategy (MSTR -0.08%) continued piling more Bitcoin onto its balance sheet. But after adding almost $500 million of the digital currency to value its holdings to over $3 billion, the support isn't helping boost cryptocurrency prices. Bitcoin is also down more than 8% today to a two-week low.

China's crackdown on Bitcoin mining accelerated this weekend, with reports that many mines in the province of Sichuan were shut down. That means about 90% of the country's Bitcoin mining capacity is halted, according to CNBC.

Shuttering Bitcoin mining and an overall crackdown on cryptocurrency trading in China is having ripple effects on other digital currencies like Dogecoin. The campaign to eliminate a use case on cryptocurrencies is why Dogecoin's value is dropping today.

3 Cryptos That Belong Only in a High-Risk, High-Reward Portfolio
366%