You'll never believe whom these companies have to thank for their big gains.

The Nasdaq Composite (^IXIC 0.00%) continued its most recent bullish run on Thursday morning. At 11:45 a.m. EDT, the Nasdaq was up nearly a full percentage point, pushing even further into uncharted territory after setting an all-time high on Wednesday.

Among the biggest gainers in the Nasdaq were stocks connected to the online advertising industry. Programmatic advertising giant The Trade Desk (TTD 1.24%) and other players in advertising technology got a big boost from an unexpected source, and with the stocks having previously suffered due to concerns about their long-term sustainability, today's news offers a lifeline that just about nobody anticipated. 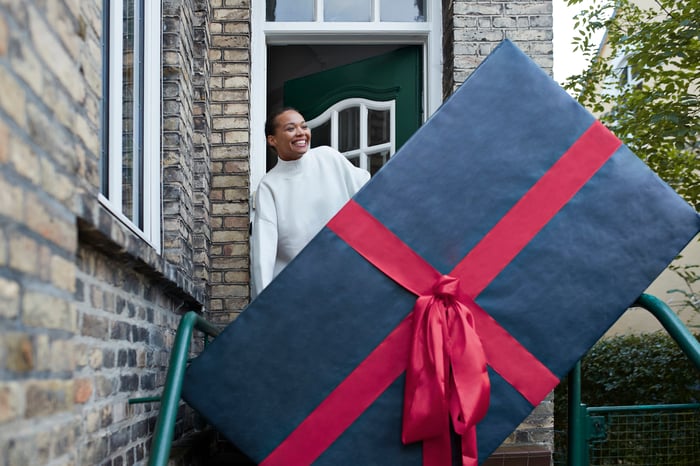 Google does an about-face

The big news in the advertising technology industry came from Alphabet's (GOOGL 0.33%) (GOOG 0.19%) Google, which made an announcement that reversed course from its previous strategic direction. Google said that it had changed its mind with respect to its plans to start blocking cookies on its Chrome browser, putting off the phase-out of third-party cookies until mid- to late 2023. Previously, the search giant had said it hoped to eliminate cookies by the end of this year.

Privacy advocates had lauded Google's initial move, arguing that advertisers shouldn't be able to use browser activity to target ads. However, in its announcement of the delay, Google argued that it needed to provide more time for an inclusive discussion of issues including advertisers, publishers, and the general public to weigh and balance different considerations. The company cited numerous websites whose business models rely on advertising revenue that could potentially be harmed from an all-out ban on third-party cookies.

Big gains across the ad-tech field

Those stocks had seen significant declines when Google first talked about blocking cookies, but interestingly, both those drops and today's gains reflect a fundamental misunderstanding of the way programmatic advertising works.

The Trade Desk's Jeff Green explained in the aftermath of the initial Google decision. As he noted, only about 20% of data-driven advertising stems from internet browsing activity, which is the only source of advertising that a third-party cookie ban would affect. Unchanged would be programmatic ads served through other sources, most notably by users logging into accounts for services like connected TV, because those sources have never relied on cookies to get key information on users.

Indeed, having anticipated the potential problem, companies in programmatic advertising have worked on solutions of their own. The Trade Desk started its own identification platform three years ago, known as Unified ID, and content publishers have flocked to offer it. Even if Google moves forward with full third-party cookie bans, the reliance of so many content providers on advertising revenue will support The Trade Desk and its peers in their continuing efforts to tailor advertising to specific viewers.

In the long run, advertising isn't going anywhere, and privacy concerns will have to be balanced against the economic needs of those providing valuable content and services via the internet. As long as consumers are more willing to watch ads than to pay for premium subscriptions to websites, The Trade Desk and its peers should find a way to reap long-term rewards for shareholders.