Please ensure Javascript is enabled for purposes of website accessibility
Log In Help Join The Motley Fool
Free Article Join Over 1 Million Premium Members And Get More In-Depth Stock Guidance and Research
By Will Healy - Jun 26, 2021 at 6:12AM

Investors should look beyond Google for potential value.

Google's parent Alphabet (GOOGL 0.33%) (GOOG 0.19%) faces a U.S. Congress increasingly intent on making it more difficult to monetize some of its apps. If a current House bill pertaining to that issue becomes law, it could hamper Alphabet's efforts to monetize many businesses under its umbrella. However, Alphabet has positioned itself to respond if this bill passes, and some strategies to fight antitrust authorities could actually enrich Alphabet investors over the long term. 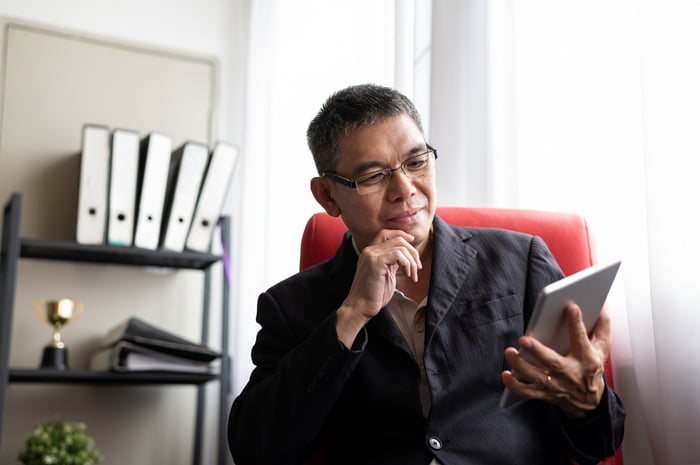 How the legislation would affect Alphabet

Antitrust actions have again become a concern for Alphabet, as a House committee just voted to advance the American Choice and Innovation Online Act, a component of a larger package called the Ending Platform Monopolies Act. This legislation would bar large tech companies from favoring their own products on the platforms they operate, and from disadvantaging other businesses. Since Alphabet runs a dominant search engine and the Android operating system for smartphones and tablets, it is seen as a primary target of this legislation.

Alphabet operates many businesses that such product and platform dominance could favor. For example, its medical arm, Verily Life Sciences, could help Alphabet compete against Apple as it develops its health monitoring offerings that bolster an incredibly wide moat. Moreover, the location information monitored and collected by Android could also favor its self-driving vehicle arm, Waymo. In the near term, such restrictions could sour investors on Alphabet stock.

The good news for Alphabet investors is that its massive $1.6 trillion market cap has not curtailed rapid growth. In the latest quarter, revenue increased 34% from year-ago levels to $55.3 billion. Consequently, net income spiked 162% to more than $17.9 billion during that period. The company increased its income by limiting the growth of some operating expenses. It also benefited from more than $4 billion in income from non-core sources, primarily gains on equity securities. This compensated for a $2.4 billion increase in income tax expenses.

Also, that quarterly increase exceeded fiscal 2020 growth rates. For that year, revenue climbed 13% versus 2019 levels to $182.5 billion. Net income rose 17% to $40.3 billion during that time as the company kept operating costs in check.

Additionally, Alphabet generated $13.3 billion in free cash flow in the most recent quarter and $42.8 billion in 2020. With just under $14 billion in long-term debt and $135.1 billion in liquidity as of Q1, it supports one of the most solid balance sheets in corporate America.

Such growth and stability helped Alphabet's stock rise by close to 70% over the last 12 months. Moreover, its P/E ratio stands at 32. This is only about 10% higher than one year ago and closely matches historical valuations.

However, investors need to pay more attention to Alphabet's value that it does not mention. For all of the talk about its other businesses, Google remains dominant. Approximately $48.7 billion of the $55.3 billion in revenue in the first quarter, or 88.1%, came from Google Advertising and Google Cloud. When adding the $6.5 billion in "Google other" revenue, Google accounts for nearly all company revenue.

Google's other revenue covers Google Play, hardware such as FitBit, non-ad revenue from YouTube, and "other devices." This is key, because it makes no direct mention of Waymo, Verily, or most of its other businesses.

This likely means Alphabet is sitting on untold billions in unlocked value. In 2020, an investment round of $3.2 billion led Morgan Stanley to value Waymo at $30 billion, according to multiple sources. That comes to around 13% of Alphabet's current $230 billion book value. Yet Waymo received only scant mention in the annual report and no mention at all in the company's earnings reports, indicating Alphabet may have deliberately undervalued that business.

For investors, this means that if antitrust pressure becomes too heavy, Alphabet could bring more of its businesses to the forefront. This way, Alphabet could generate more shareholder value by increasing revenue from the non-Google portions of the conglomerate.

It may also choose to spin off some businesses and give its stockholders shares in any new company formed. Such a move could bring about the "breakup" antitrust regulators seek, but on terms decided by Alphabet. Spinoffs could also give specific enterprises management teams wholly focused on a particular business. In some cases, this could foster growth not possible under the Alphabet umbrella.

Whatever strategy Alphabet chooses, with more value unlocked, it could lead to a scenario where the efforts to limit Alphabet may help investors instead of undermining their stakes in the stock.

It remains unclear if or how well antitrust forces will succeed in limiting Alphabet's businesses. However, Alphabet's current Google businesses have maintained a rapid growth pace. Moreover, the estimated valuation of Waymo alone points to the significant value that the company keeps locked away.

For investors, this means that the company should continue to drive returns whether they continue to come from Google or from an Alphabet-owned business lying in wait.