Please ensure Javascript is enabled for purposes of website accessibility
Log In Help Join The Motley Fool
Free Article Join Over 1 Million Premium Members And Get More In-Depth Stock Guidance and Research
By Adria Cimino - Updated Jun 28, 2021 at 10:20AM

Let's look to the wisdom of crowds.

Before choosing which of these two stocks may double your money, you could examine elements like revenue or profit prospects. But how about trying something different: See what other smart investors are saying about coronavirus vaccine players Ocugen (OCGN 1.41%) and CureVac (CVAC -0.74%).

And the best way to do that is by checking out Motley Fool's CAPS. It's a stock-picking game that harnesses the wisdom of crowds to find winning investments. Thousands of players predict which stocks will beat the S&P 500 -- and which ones won't -- during a particular time frame. The game rates players based on their predictions versus those of others. The number of players who say a stock will outperform determines that particular stock's rating. Importantly, players with high ratings influence a stock's rating more than players with low ratings.

Let's see what CAPS tells us about Ocugen and CureVac's potential to double your money. 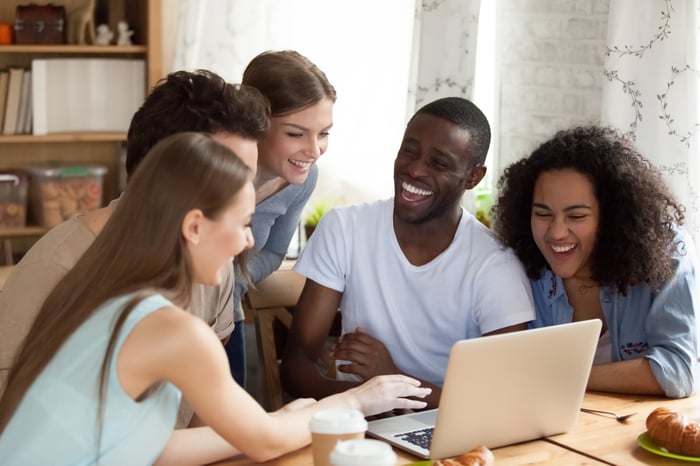 What investors might be noticing: Ocugen soared more than 700% from December through February. Investors cheered Ocugen's deal to co-commercialize Bharat Biotech's close-to-market vaccine candidate in the U.S. The company more recently said it extended the deal to include co-commercialization rights in Canada as well.

What's holding Ocugen back from a better score: The bad news is Ocugen's decision earlier this month not to pursue Emergency Use Authorization in the U.S. for its vaccine candidate. The U.S. Food and Drug Administration advised the company to take the longer route: filing for traditional approval. Ocugen may gain some points from investors if it wins emergency authorization -- and supply contracts -- from Canada.

What investors might be noticing: Investors have been counting on CureVac to provide the world with another mRNA vaccine, following rivals Pfizer and Moderna. CureVac is testing its candidate in a pivotal phase 2b/3 trial. And it plans on beginning clinical testing on a next-generation candidate in the third quarter.

What's holding CureVac back from a better score: CureVac recently announced its first candidate only showed 47% efficacy in the pivotal trial. If CureVac's next-generation candidate produces stronger efficacy results -- in line with those of its more advanced rivals -- it may win back investor confidence.

One-star stocks may be more likely to double your money in a one-year period. About 43% of CAPS one-star stocks doubled investments or did even better over the past year. That's compared to 27% of three-star stocks. So, if we look only at the CAPS trend to draw a conclusion, one-star stock Ocugen might be the route to doubling your money. Of course, it's important to look at the overall picture. And that shows us Ocugen, due to points mentioned above, remains a high-risk stock.