Please ensure Javascript is enabled for purposes of website accessibility
Log In Help Join The Motley Fool
Free Article Join Over 1 Million Premium Members And Get More In-Depth Stock Guidance and Research
By Leo Sun - Jul 17, 2021 at 9:15AM

Skillz (SKLZ 7.34%) has been a battleground stock ever since its public debut last December. The gaming service company's stock opened at $17.89 a share on the first day of trading, surged to $46.30 in February during the "meme stock" frenzy, and then tumbled all the way back to the mid-teens.

Let's see why Skillz has attracted so much attention from the bulls and bears, and where its volatile stock could be headed. 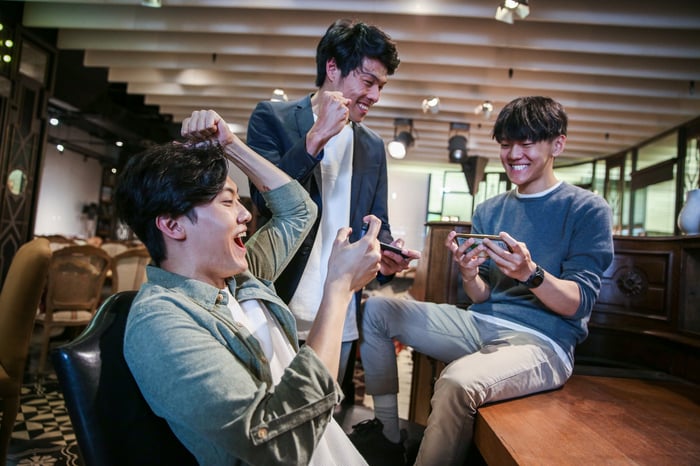 SPAC-backed IPOs often attract a lot of attention and scrutiny. The bulls claim they democratize the IPO process by letting retail investors buy shares of a publicly listed SPAC before it merges with a privately held target. In theory, that process prevents institutional investors from hoarding IPO shares.

The bears will point out SPACs are blank-check companies that don't have any real value unless they find a takeover target within a two-year time limit. That pressure could cause SPACs to make premature acquisitions or dress up weak businesses as strong ones. Several prolific short-sellers, including Wolfpack Research, have made similar accusations against Skillz.

The shorts vs. Cathie Wood

Wolfpack's attack on Skillz in early March, along with an opportunistic secondary stock offering at $24 a share later that month, ended its Reddit-fueled rally. But in April, the famed growth investor Cathie Wood bought shares of Skillz for two of her ARK exchange-traded funds (ETFs) and denounced Wolfpack's allegations as "exaggerated or incorrect" in an investor newsletter.

Today, Skillz accounts for 2.08% of the ARK Next Generation Internet ETF (ARKW 3.94%) and 1.08% of the ARK Innovation ETF (ARKK 4.19%). However, Wood's support still couldn't prevent Skillz from slipping below its initial opening price over the following months.

Skillz's online platform hosts multiplayer games and tournaments for other companies. The bulls believe this approach is disruptive since it enables smaller game developers to easily integrate multiplayer and competitive features without building those services from scratch.

However, Skillz's net loss widened from $24 million in 2019 to $122 million in 2020, and analysts expect it to remain unprofitable for the foreseeable future. Skillz's losses raise red flags since it already retains a 50% cut of all revenue from its hosted games. Most other mobile app stores only retain a 15%-30% cut of an app's earned revenue, so Skillz doesn't have much room to raise its rates.

Skillz also relied on just three games from two studios (Big Run and Tether) for 79% of its revenue in 2020. Its total monthly active users (MAUs) grew just 4% year over year to 2.7 million during the first quarter of 2021. Those numbers suggest Skillz isn't as disruptive as the bulls would like to believe.

Those growth rates suggest the stickiness of Skillz's platform could lock in its top games and players even if its overall MAU growth stalls out. Those strengths could also help Skillz maintain its pricing power.

Skillz also recently agreed to buy Aarki, an in-game advertising platform that reaches over 465 million MAUs. This purchase could strengthen Skillz's own digital advertising ecosystem, which monetizes the MAUs who don't participate in its paid tournaments, and attract more mobile game developers.

Is Skillz a bargain?

Skillz trades at 16 times this year's sales, which makes it cheaper than many other high-growth tech stocks, but that lower price-to-sales ratio reflects the company's uncertain future.

I personally wouldn't buy Skillz, since its decelerating MAU growth, high fees, widening losses, and customer concentration issues are tough to ignore. However, I fully expect Skillz to remain a headline-dominating stock as the bulls and bears clash over its strengths and weaknesses.