Shares of Alibaba, JD.com, and Full Truck Alliance were all sliding this morning.

Shares of Chinese tech stocks were falling for the third session in a row Tuesday in the ongoing fallout from the Chinese government's crackdown on the for-profit education sector.

Oddly, Chinese tutoring stocks like New Oriental Education Group and TAL Education Group that had seen nearly all of their value wiped out over the last two days were gaining today as some investors saw the sell-off as a buying opportunity. However, big tech stocks like Alibaba Group Holding (BABA 0.51%), JD.com (JD 0.92%), and Full Truck Alliance (YMM -8.21%) were still down today as fear of spreading restrictions on big businesses in China continued to motivate investors to sell.

After falling sharply in the morning, these stock recovered some of their losses later in the session. Alibaba finished down 3%, JD was off 2%, and Full Truck Alliance had fallen 12.8%. At the same, the iShares MSCI China ETF was down 4%, the third straight session it's fallen 3% or more. 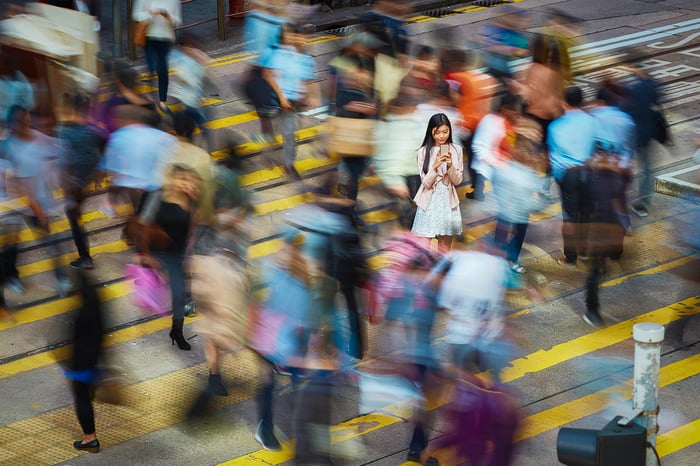 In addition to the broader concerns on the Chinese regulatory front, both Alibaba and JD.com were downgraded by DZ Bank to sell this morning, likely in response to the regulatory pressure on Chinese stocks.

Prior to the crackdown on the for-profit education sector, which includes a restriction on raising new capital and teaching on weekends and holidays, Chinese authorities had told ridesharing giant Didi Global earlier this month to remove its app from major Chinese app stores, and earlier this year Alibaba was fined $2.8 billion as the result of an anti-monopoly investigation into the e-commerce giant.

Last year, concerns about Chinese government intervention rose when authorities blocked the IPO of Ant Group, the financial arm of Alibaba, seemingly in response to disrespectful comments Alibaba founder Jack Ma made about financial officials at a conference. In total, those events have led to an atmosphere of distrust among investors who believe that the Chinese crackdown could go even further, or that it could render the American depositary shares worthless, though that seems unlikely.

Even in the swirl of negativity on these stocks, at least one analyst said the sell-off was a buying opportunity. Mizuho said the crackdown on the education sector wouldn't spread to other industries as analyst James Lee saw it as an exception rather than a harbinger of more regulations to come. He also said that the growth in Chinese internet stocks "remains intact."

Another factor hitting these stocks is that big investors are rotating out of China on the news. Investors outside of China were net sellers of Chinese stocks by about $2 billion on Monday, according to Bloomberg. Just yesterday, Cathie Wood's ARK Invest sold about $20 million worth of JD.com and Alibaba.

Investors who have avoided China because of the risk of its unpredictable government likely feel vindicated after the last few days, but that doesn't mean that these stocks won't bounce back. The underlying businesses still remain among the strongest in the world. Alibaba is the world's biggest e-commerce platform with more than $1 trillion in gross merchandise volume, and JD.com is China's biggest direct online seller and has built a logistics network that rivals Amazon's. Recent IPO Full Truck Alliance, a digital freight platform, saw sales double in its most recent quarter.

We'll get another update from these companies in the coming weeks when they report second-quarter earnings, but even a strong round of results won't necessarily lift the regulatory cloud now hanging over these stocks.