The company is dipping its toes into a new entertainment market as subscriber growth shows signs of slowing.

Netflix (NFLX 0.94%) gave investors a lot to chew on in its second-quarter earnings report. The company beat its own guidance for subscriber additions, but it disappointed with lower-than-expected guidance for the third quarter. Management is guiding for 3.5 million paid subscriber additions in the current period, falling short of the 5.6 million analyst consensus. To top things off, Netflix also confirmed its plans to expand into video games.

The combination of weak guidance with the news of its entry into a new entertainment medium makes it seem the company is getting desperate for growth. But Netflix still has a long runway to expand, and this video game initiative makes sense for a few reasons. 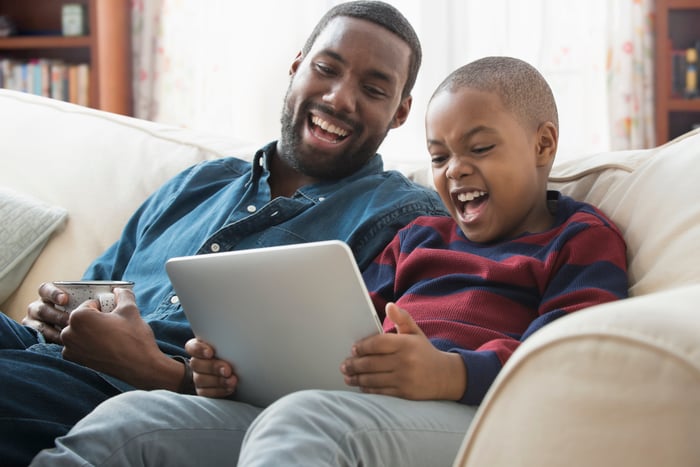 As the company notes in its earnings report, "We are still very much in the early days of the transition from linear to on-demand consumption of entertainment." And if Netflix can hit its third-quarter subscriber guidance (3.5 million net additions), it will have added enough subscribers over the last 24 months to maintain its pre-pandemic growth rate.

Some investors might still wonder about increasing competition and the impact it could have on Netflix's ability to add new subscribers, but management believes if it can offer more content, growth should continue like it has for two decades.

And that brings us to gaming.

The reason for games

In that context, gaming doesn't appear to be any more of a response to competition or slowing growth than Netflix's move into original content in 2012. Netflix says it is early in its expansion into games, but they will be included at no extra cost to members and featured primarily on mobile devices. It's basically another content category like animation and unscripted TV.

The company could emerge as a top developer on mobile platforms. It's going to focus on making games that don't require in-app purchases and ads, which run the risk of disrupting the gaming experience. In this way, Netflix could carve itself a unique position as a user-friendly platform that leads to increasing screen time among its members.

It doesn't need to worry about charging for these games, because higher screen time and engagement should eventually pay off in the form of higher subscription revenue per membership. In the last quarter, Netflix saw its average revenue per membership increase 8%. This follows a 5% increase in the previous quarter.

The entry into games also signals Netflix's improving profitability. It expects to reach free-cash-flow breakeven in 2021, and it no longer has a need to raise external financing to fund operations.

With its operating margin expected to reach 20% this year, the company can afford to invest in new opportunities without shortchanging itself on spending for original movies and series.

Looking at the big picture, this push into gaming could be the first step for Netflix to graduate from a pure-play streaming stock to a more broad-based entertainment company. Expanding its umbrella of opportunities should spell a wider competitive moat and more returns for investors.