Flora Growth (NASDAQ:FLGC) surged as high as $7.95 in afternoon trading Wednesday, a rise of more than 50% to the highest level the stock has touched since its initial public offering in May.

Colombia-based Flora, which just announced plans to move its corporate headquarters to Miami from Canada, cultivates cannabis and processes it into medicinal-grade cannabis oil and other products, which it supplies to pharmacies, cosmetics companies, and medical clinics.

Its shares were driven upward by the company's announcement Tuesday that it had signed a letter of intent with Avaria for a joint venture regarding Avaria's CBD pain-relieving cream, KaLaya. The cream, already sold in Canada, will now also be sold through Flora's distribution channels in Latin America. The profits from the sale of KaLaya products will be split, boosting the value of Flora's distribution channels, Flora said. In addition, Flora's cultivated cannabis will be used in KaLaya's products. 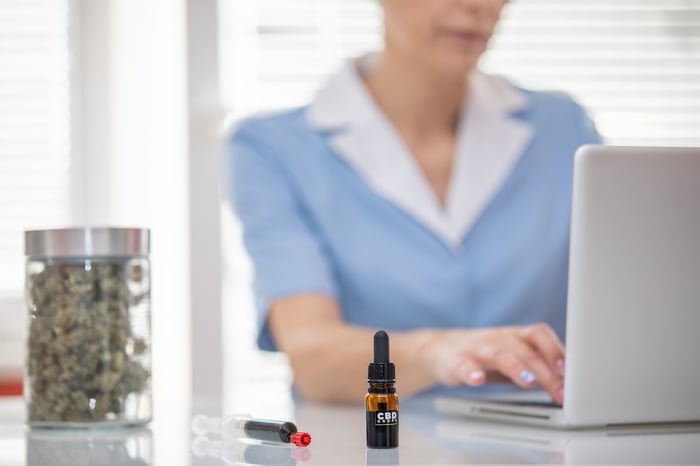 The deal is likely the first of several for Flora. The announcement came on the heels of a decision by the Colombian government to allow the manufacturing, sale, and export of cannabinoid ingestibles.

Flora will benefit immensely from being able to export its products because it has significant cost advantages. It grows its cannabis at a 247-acre cultivation and extraction facility in Bucaramanga, Colombia, where the climate is suitable for that purpose 365 days a year. Because it can grow its crops outside with 12 hours of daylight, and because of Colombia's lower labor costs, Flora says it can produce dried cannabis flower at a cost of $0.06 per gram -- compared to the typical cost of $1.98 per gram in the U.S., where the crop is often grown indoors.

The company has yet to issue an earnings report since going public, so plenty of uncertainty remains in terms of how profitable Flora can be.

Its ability to undercut its competitors by selling dried cannabis flower at lower costs makes the company an enticing investment option. However, it's also a small cap that reported only $106,000 in revenue last year while losing $14.17 million on the bottom line. Investors are likely to be skeptical about this company until it releases an earnings report that shows significant growth.