The new approval to treat a form of lung cancer will be pivotal to dominating a massive market.

On July 19, AstraZeneca (AZN 0.42%) announced that it had received approval from China's National Medical Products Administration (NMPA) for its drug Imfinzi. This followed the NMPA's review of positive results from a phase 3 trial. Imfinzi can now be used as a first-line treatment for adults with extensive-stage small-cell lung cancer (ES-SCLC) in combination with chemotherapy.

Let's look at how this impacts AstraZeneca's positioning within the China lung-cancer treatment market, how it affects the company's future revenue, and whether the stock is a buy. 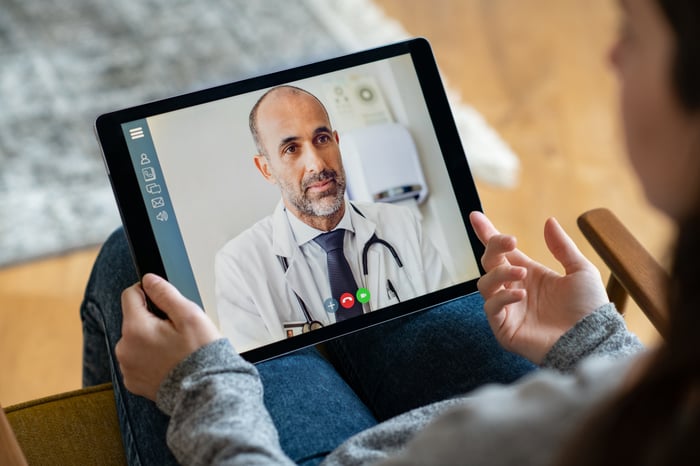 What does the data say?

The results from an updated phase 3 trial showed sustained efficacy in overall survival versus chemotherapy alone after a median follow-up of more than two years, which found trial patients lived a median of 12.9 months with the Imfinzi-and-chemotherapy combo compared with just 10.5 months on chemotherapy alone -- a 25% reduction in the risk of death.

While Imfinzi was approved for the treatment of unresectable (not surgically removable) stage 3 non-small cell lung cancer (NSCLC) in December 2019 by China's NMPA, Imfinzi in combination with chemotherapy allows the company to expand into another indication that meets a tremendous, currently unaddressed need.

China has the most cancer patients in the world, with 4 million cases diagnosed each year; that number in the U.S. is 2 million.

Given that China has 37% of the world's lung cancer patients, a reasonable question to ask would be: How large can we expect the cancer market in China to become?

According to Allied Market Research, the oncology market in China is anticipated to grow at an 8.7% annual rate from $6.5 billion in revenue in 2018 to $12.7 billion by 2026. Based on the Global Cancer Observatory's findings, lung cancer is the leading form of the disease in China at 18.1% of all cancer cases.

Considering that 15% of lung cancer cases are SCLC and that two-thirds of those cases are ES-SCLC, approximately 10% of lung cancer patients in China suffer from ES-SCLC. Because ES-SCLC has few currently available treatment options in China, I believe that the company can reach a 3% market share in the overall oncology market within China with about 13.8% of the total lung cancer market in that country.

AstraZeneca's essentially negligible 2019 oncology revenue in China could thus reach about $318 million annually by 2026 (compared with $23.6 billion in total 2019 revenue), which would represent billions of dollars in additional sales this decade.

The efficacy of Imfinzi in treating unresectable stage 3 NSCLC and ES-SCLC and the significant total addressable market for lung cancer in China lead me to believe that revenue growth is a probable outcome in the years ahead.

The recent pullback makes AstraZeneca a buy for long-term investors

Admittedly, my favorite thing about AstraZeneca right now is the recent acquisition of Alexion Pharmaceuticals (ALXN), which will fortify the company's presence within the orphan drug market. The additional Imfinzi indication makes the investing situation even sweeter. On top of that, a recent pullback from $60 to $57 a share presents an interesting opportunity to get in on the stock at a lower price.

While AstraZeneca is expanding its market share within the global orphan drug market and China's oncology market to drive share price increases, income investors will find the stock's 2.5% dividend yield to be a nice reward for their patience compared to the S&P 500's average 1.4% yield.