Claiming Social Security at the end of a long 40-year career is still possible, but might not pack the same punch as it did for our grandparents. Benefits were once responsible for covering the lion's share of costs in retirement. Based on recent projections, however, the probability of the same being true for today's millennials seems tenuous at best.

The new projections state that the Social Security Trust Fund is slated to run out in 2032. This is not to say benefits will stop entirely, but money in reserve will hit zero. This means that the Social Security Administration (SSA) will need to pay out only as much as it takes in from current workers via payroll tax, and this will result in a reduction in benefits for most people who claim benefits in their 60s.

This is not meant to scare, but to motivate. Don't rely on the SSA to cover all your costs in retirement -- take things into your own hands. Below, we'll look at a few ways you can supplement your Social Security benefits when it finally comes time to retire.

Find an active source of income you enjoy

If people didn't find many types of work objectionable, there wouldn't be such a rush to retire as soon as possible. Make it a priority to explore flexible and portable modes of working that bring in some money -- even if it's only in the first few years of retirement. Active income will prevent you from dipping into your investments too soon or relying too heavily on potentially reduced Social Security payments.

Many people tend to feel secure when they know they're actively earning money. Let's face it: It feels good to see money hit your account after a few weeks of work or after a long project reaches its conclusion. In retirement, earning even small amounts of income can go a really long way in shoring up your cash flow, so consider looking for a part-time semi-retirement role that you enjoy. 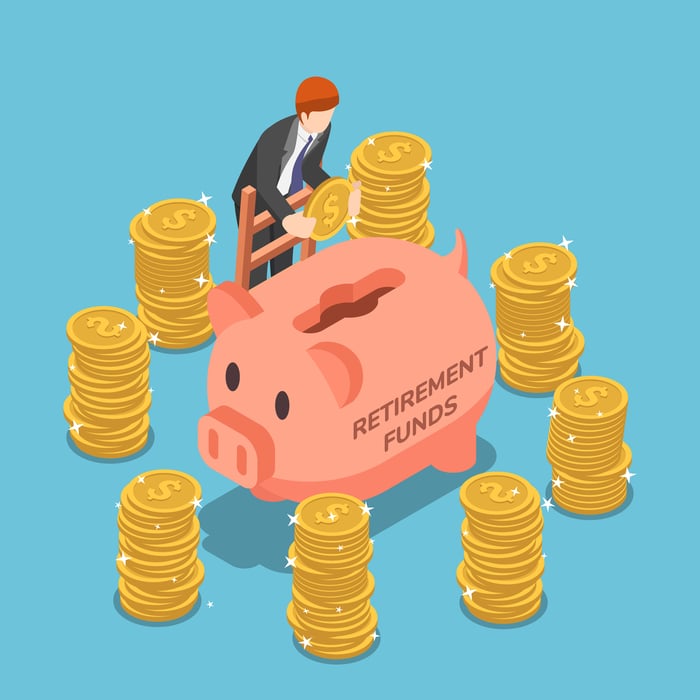 Given soaring inflation and the threat of future tax increases (we're really on a roll now, aren't we?), it's especially important to do everything you can to insulate yourself from economic and tax policy changes.

First, be sure to contribute every year to a Roth IRA (or look into a back-door Roth IRA if you're a high-income earner) and aim to chip in the max. Next, carefully read through your employer's 401(k) or 403(b) retirement-plan documents and contribute at least as much needed to get the maximum employer matching contribution (usually between 3% to 6% of your salary). If you're self-employed, a Solo 401(k) can be a great replacement for a formal employer plan.

Tax-optimizing your investments is one of the most impactful ways you can get the most out of your retirement money, so be wary of taxes early and often -- the sooner you have your tax house in order, the bigger the benefit you'll ultimately receive when it comes time to use the money in your later years.

Moving to another state in retirement might seem like a nonstarter to many, but it can drastically reduce your expenses in a way that many other actions can't. Living in a low-tax state is not only administratively easy, but you'll also face less of a tax burden on both your active income and your investment income. In some states, the lack of a state tax can make an enormous financial difference when applied over many years.

The world is obviously a very different place than it was 30 to 40 years ago; moving to other states doesn't have the same impact on your relationships as it once did. Inertia tends to keep people in the same house, the same town, and so on, but digital transformation has made longer-distance moves increasingly appealing to the adventurous. If you have the appetite, moving south or west for a significantly lower cost of living can make a lot of financial sense.

Social Security will be around for years to come, so there is no reason to think you'll receive nothing from the government in retirement. But there is a good chance that reduced benefits -- in combination with rising inflation and taxes -- will make it more difficult to sustain a lifestyle you're happy with.

As a result, you'll need to dig into the details and thoroughly examine your entire financial picture. By making some important decisions about your work, your tax burden, and your location, you can bridge the gap between working full time and a life on the golf course. It's well worth the investment of time.