Please ensure Javascript is enabled for purposes of website accessibility
Log In Help Join The Motley Fool
Free Article Join Over 1 Million Premium Members And Get More In-Depth Stock Guidance and Research
By Adria Cimino – Aug 2, 2021 at 6:00AM

Coronavirus vaccine stocks were the biggest investment theme of 2020. Some players soared more than 1,000% as investors bet on their abilities to bring a billion-dollar product to market. That's as the S&P 500 Index rose about 16%.

Since, two biotech companies -- Moderna (MRNA -1.45%) and BioNTech -- actually have commercialized their vaccines. And they are indeed generating billions of dollars in revenue. But what about some of the other vaccine stocks that scored big on the stock market last year? Let's take a look at where they're at with vaccine programs -- and whether they're on track to beat the market in the second half. 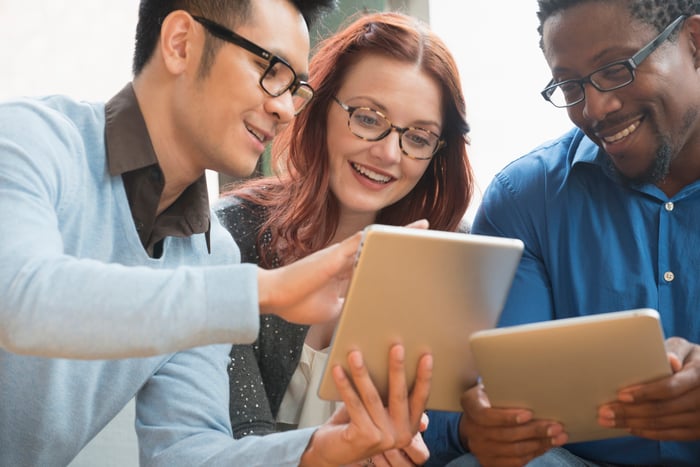 The program: Novavax's (NVAX -5.35%) U.S. phase 3 trial of its vaccine candidate showed 90.4% overall efficacy. It demonstrated 100% efficacy in moderate and severe disease. The company fell behind in its submissions to regulators as it ramped up its manufacturing network. For instance, it's faced shortages of certain raw materials needed to produce the vaccine candidate. In May, Novavax said it would file for authorization in various locations worldwide -- including the U.S. -- in the third quarter. And Novavax predicts manufacturing will operate at full capacity as of the fourth quarter.

Are more share gains on the horizon? Novavax said in its latest earnings call that it expects to generate billions of dollars in revenue over the next four to six quarters. If Novavax wins vaccine authorization in the coming months, this could become a reality. The company already has orders to deliver 200 million doses to various countries. All of this could equal solid share performance in the second half. 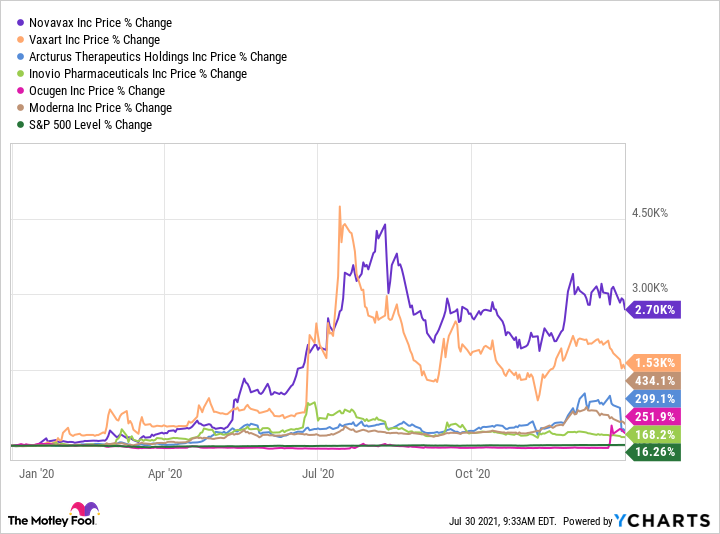 The program: Vaxart (VXRT -6.50%) seemed out of the race earlier in the year. The company's phase 1 trial showed its oral vaccine candidate didn't produce neutralizing antibodies. They are seen as key to preventing infection. But additional trial data demonstrated strength in producing killer T cell responses. This powerful immune system tool is another way to fight infection. Vaxart said it would launch a phase 2 study of its candidate mid-year. It will start a phase 1/2 study of a variant-specific candidate in the third quarter.

The share price: Vaxart shares climbed 31% in the first half. That follows last year's 1,500% increase.

Are more share gains on the horizon? Vaxart remains risky. Any negative news in the second half could be disastrous. Still, the idea of a vaccine in pill form could be a game-changer. If the company announces trial starts as planned, the shares may outperform the market in the coming months. And any positive data could offer a major boost.

The program: Moderna reported more than $1 billion in profit -- its first profit ever -- after one full quarter of coronavirus vaccine sales. The company expects at least $19.2 billion in vaccine revenue this year. It's already won 2022 orders from countries including the U.S., Israel, and Switzerland. And the company predicts need for the vaccine could be greater next year than this year.

The share price: Moderna shares rose about 125% in the first half -- and added more than 40% over the past month. That's after a 434% increase last year.

Are more share gains on the horizon? Moderna is likely to beat the S&P 500 in the second half if three key things happen: The company reports new contracts for 2022, successfully gains authorization for the use of its vaccine in teens, and gets the regulatory nod for a booster. I'm pretty optimistic about each.

The program: Arcturus Therapeutics (ARCT 0.87%) is testing its mRNA vaccine in a phase 2 study and plans on reporting data in the second half. The product could stand out from mRNA rivals Pfizer and Moderna because it's freeze-dried and given in one dose. The Pfizer and Moderna vaccines require cold storage and are given in two shots.

The share price: Arcturus shares slipped 22% in the first half. Last year, they surged 299%.

Is a share price recovery on the horizon? The above advantages sound great. But here's the problem: In a phase 1 study, Arcturus' candidate produced lower neutralizing antibody levels than the Pfizer and Moderna jabs. This translates into lower efficacy. If the next batch of data shows stronger results, the shares could climb. But if performance remains well below rivals, I wouldn't expect Arcturus to beat the S&P 500 in the second half. 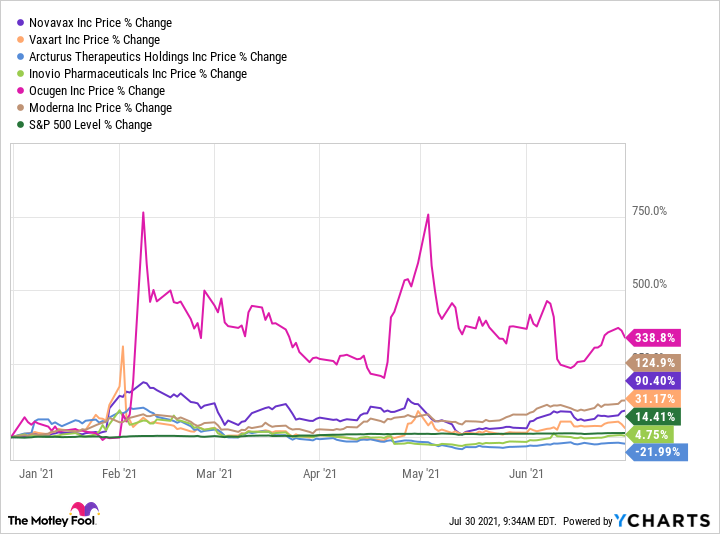 The program: Ocugen (OCGN -0.34%) in December announced it would partner with India's Bharat Biotech to co-commercialize its late-stage coronavirus vaccine in the U.S. More recently, the U.S. Food and Drug Administration advised Ocugen to pursue a traditional regulatory path rather than Emergency Use Authorization (EUA). Ocugen also gained rights to co-commercialize the candidate in Canada and has started a rolling submission there.

The share price: Ocugen stock soared 338% in the first half. That's after climbing more than 251% last year (with almost all of that gain coming after the Bharat partnership announcement).

Are more share gains on the horizon? Ocugen remains high risk. Investors were betting on big revenue from a possible EUA in the U.S. Now, revenue possibilities seem lower and farther off. The stock may continue to climb in the second half if Canada moves quickly on an authorization. But in my opinion, over the long term, the shares are like a house of cards. If U.S. approval doesn't happen or takes too long, they may collapse.

The program: Earlier this year, the U.S. government dropped plans to fund Inovio Pharmaceuticals' (INO -0.26%) phase 3 trial. The government cited the rapid launch of other vaccines into the marketplace. As a result, Inovio said it would conduct phase 3 primarily outside of the U.S. The company aims to launch the trial with Chinese partner Advaccine Biopharmaceuticals Suzhou this summer. Inovio also is working on a next-generation "pan-COVID" vaccine candidate. It plans to start clinical testing on the candidate this year.

The share price: Inovio added 4.8% in the first half. That's after climbing 168% last year.

Are more share gains on the horizon? Inovio is another high-risk stock. Its initial candidate may have trouble carving out share in a market dominated by solid players. Most promising is the pan-COVID candidate. Especially considering the growth of variants. But we'll need clinical trial data to see if the potential product actually works. I would be surprised if Inovio beat the S&P 500 in the second half of this year. The pan-COVID candidate makes Inovio a stock to watch -- but from a distance.