Shares of Invitae (NVTA -1.42%) were up 9.4% as of 12:50 p.m. EDT Wednesday after the company delivered an upbeat earnings report and raised its guidance. 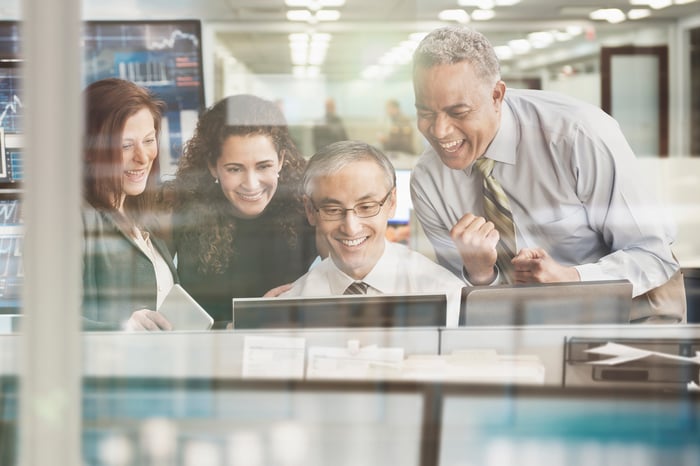 The genetic testing company posted 152% year-over-year revenue growth in the second quarter and offered full-year guidance for revenues between $475 million and $500 million. Analysts had been projecting Invitae's 2021 top line would land at about $463 million.  The results were a welcome change from the previous several quarters, which featured pedestrian growth due to the impact of COVID-19.

Even after Wednesday's pop, the stock is down about 11% since early March, when Cathie Wood of ARK Investment Management called it one of the most under-appreciated companies in her ARK Genomic Revolution ETF. Part of that decline is attributable to dilution. Despite the company's impressive top-line growth this quarter, its revenue-per-share metric only climbed by 61% because there are 56% more shares outstanding than there were at this time last year.

Invitae continues to burn cash, but it has $1.2 billion more on its balance sheet than it did a year ago thanks to an investment from Softbank Group (SFTB.Y -0.09%). It will need those funds, as its march toward positive cash generation has stalled in recent years. 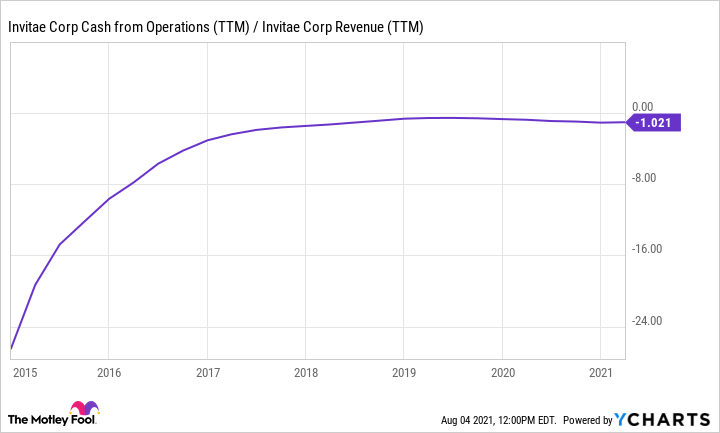 Management continues to see an addressable market for Invitae of more than $150 billion in the U.S. alone. If today's shareholders want to benefit from the company capturing a significant share of that market -- and turning those revenues into profits -- they're going to have to be patient. On Wednesday, it looked like more of them were comfortable with the idea of that wait.

Could Invitae Stock Help You Retire a Millionaire?

Why Invitae Stock Was So Healthy This Week
356%