A narrower-than-expected loss was about the only bright spot in the company's second-quarter results.

Specialty medical device maker Nevro (NVRO -5.66%) had an awful Thursday, with its shares collapsing by over 24% in late afternoon trading. Investors were punishing the company for a worse-than-expected second-quarter earnings report.

In terms of headline numbers, Nevro's performance for the quarter was mixed. It earned $102.3 million in revenue, nearly double the $56.4 million it booked in the same period a year ago. However, the former didn't reach the collective analyst estimate of $104.5 million. 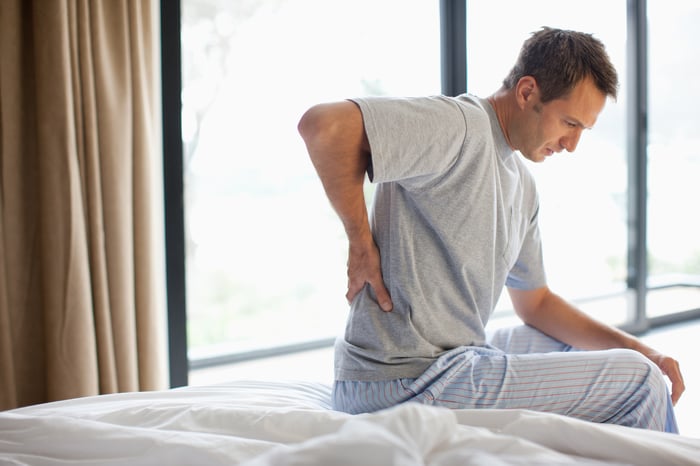 The company, a healthcare device maker that specializes in pain-treatment solutions, did manage to narrow its net loss to $21.5 million ($0.62 per share) from Q2 2020's $41 million. That bettered the average prognosticator forecast of a $0.71-per-share deficit.

In its earnings release, Nevro quoted its CEO D. Keith Grossman as saying, "The recovery of procedural volumes in the pain market generally and the [spinal cord stimulation] market specifically has been slower than we anticipated, impacting not only Q2 revenues, but in the case of lower trial procedures, revenue in future months as well."

As a result, Nevro trimmed its guidance for the third quarter. It now believes it will post $90 million to $93 million in revenue, which is down on both a quarter-over-quarter (by at least 14%) and year-over-year (minimally 7%) basis. Adjusted earnings before interest, taxes, depreciation, and amortization, or EBITDA, will be in the red, from $10 million to $12 million. A net profit/loss estimate was not provided.

Due to the "lack of visibility around COVID-related recovery trends and timelines," the company has withdrawn its full-year outlook.