Investors got a boost of confidence on Friday morning, as favorable employment data signaled that the U.S. economy is strengthening despite concerns about new COVID-19 variants and their potential effect on reopening efforts.

Plenty of stocks moved higher, but a couple of companies stood out in Friday morning's market action. Virgin Galactic Holdings (NYSE:SPCE) moved higher on news about how it intends to market its space tourism business. Meanwhile, Magnite (NASDAQ:MGNI) reported earnings that demonstrated the broad appeal in the provider of a sell-side programmatic advertising platform, and what the company sees in its future.

Every voyage has its price

Shares of Virgin Galactic Holdings moved higher by 8% on Friday morning. The space tourism business is still a long way from making money, but it took a step in the right direction by setting a healthy price for those interested in joining Sir Richard Branson as one of the few to climb high above Earth's surface.

As you'd expect from a company that hasn't started commercial operations yet, Virgin Galactic reported losing a lot of money in its second-quarter financial release. Indeed, the company's losses widened to $94 million for the quarter, taking some investors aback. 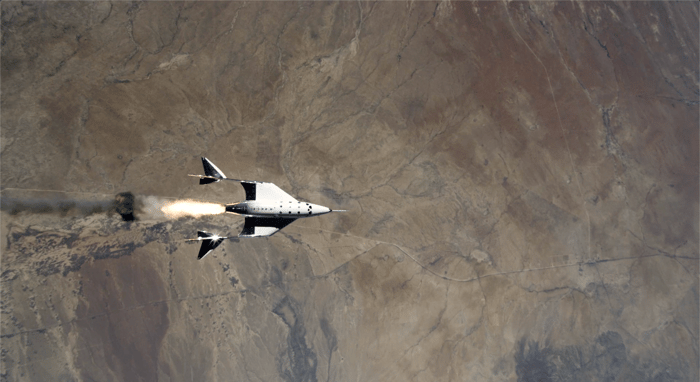 However, Virgin Galactic released details on broadening its waiting list of future customers. The company will offer single seats, multi-seat packages, and buyouts of entire flights of its spaceplanes. Prices will start at $450,000 per seat. Although those who signed up early will have priority over those getting in line now, the news was still a welcome reminder that Virgin Galactic fully intends to make money from its business in the long run.

Moreover, Virgin Galactic announced a late-September date for its next flight, which will generate some revenue from the Italian Air Force. With a lot of signs pointing upward, investors are getting more comfortable with Virgin Galactic's long-term prospects.

Magnite's numbers looked good. Revenue jumped 170% year over year, and although acquisitions accounted for a large portion of that, pro forma revenue gains came in at 79%. The company reversed a year-ago loss, posting a profit of $36.8 million that worked out to adjusted earnings of $0.11 per share.

With the rise of streaming services, connected TV (CTV) has become an important distribution channel for video advertisers lately, and Magnite's emphasis on that area paid off. The company reported a 108% rise on a pro forma basis in sales from CTV, and acquisitions targeted at that niche helped overall CTV sales to soar 333%.

Even with today's gains, Magnite stock is still down by nearly half from its best levels earlier this year. If the company can keep performing like this, though, a full rebound might reward patient shareholders in the long run.