Climate change is bringing many negatives, but it appears to have benefited the leading U.S. water utility's Q2 earnings.

Shares of the U.S. water and wastewater utility giant rose 1.8% on Tuesday and have continued to move up through Thursday, gaining 5.6% in the first four days of the week. Tuesday's post-earnings rise was likely in part due to the company beating Wall Street's consensus earnings estimate by a solid margin, which is rather unusual for regulated utilities since their income tends to be highly predictable. Market dynamics probably have also played a role, as dividend-paying utility stocks are quite sensitive to certain economic data.

Through Aug. 5, American Water stock has returned 17.9% so far this year, slightly trailing the S&P 500's 18.9% return. But the stock remains an outperformer over the medium and longer terms. 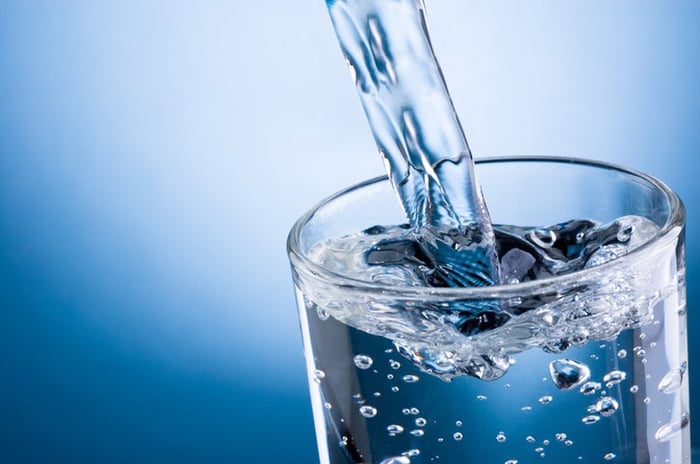 Wall Street was looking for EPS of $1.09 on revenue of $1.01 billion, as covered in my earnings preview. So American Water fell a bit short on the top-line consensus estimate, but easily surpassed the profit expectation, which is the more important metric.

Here's how the segments performed in the quarter:

The regulated business had a relatively easy comparable stemming from the pandemic. As I wrote in my earnings preview, in the second quarter of 2020, the company's regulated water business "was hurt because many of its commercial and industrial customers were temporarily closed or only partly operating. Residential water use got a tailwind in that quarter due to the ballooning of the number of people working from their homes, but this increase wasn't enough to fully offset the decline in revenue from non-residential customers."

The decline in the market-based business is attributable to the company's homeowner services group, primarily to its increase in claims.

The company's EPS got a $0.03 benefit from warmer and drier-than-average weather in its service territory, particularly the Northeast. In my earnings preview, I predicted such a boost was likely because June was a scorcher of a month in many areas of the country, including New Jersey, which is American Water's largest regulated state by revenue.

(In early 2020, I called American Water one of three top climate-change stocks to consider buying, with the other two being leading wholesaler of swimming pool supplies Pool Corp. and backup power-generator maker Generac Holdings. All are still worth considering buying, in my opinion.)

American Water's key adjusted operation and maintenance (O&M) efficiency ratio was 33.9% in the one-year period through the second quarter, an improvement from 34.3% in the year-ago period. This ratio reflects how well the company is controlling costs in its regulated utility business. The lower the ratio, the better. 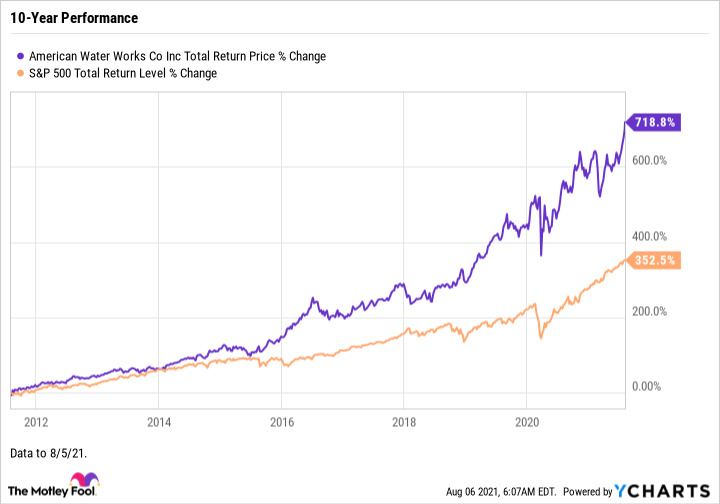 Here's part of what CEO Walter Lynch had to say in the earnings release:

In the first six months in 2021, we invested $782 million with the majority dedicated to needed infrastructure improvements to better serve our customers. We continued to minimize the customer bill impacts of these investments through operating and capital efficiencies and by leveraging the size and scale of our business. We added approximately 11,200 customer connections to date through closed acquisitions and organic growth. We also look forward to welcoming an additional 86,900 customer connections through pending acquisitions.

The company also affirmed its expectation of long-term EPS growth averaging between 7% and 10% annually, anchored off weather normalized 2020 EPS.

American Water Works Earnings: What to Watch on April 27
363%