The highest-yielding S&P 500 stock may need to cut its dividend next year -- but for a good reason.

Earlier this year, Lumen Technologies' (LUMN 1.67%) management indicated a strong interest in selling non-core assets to reduce debt and get the company growing again. Last Tuesday, the high-yield telecom giant announced its second major asset sale in as many weeks.

Wall Street and ordinary investors weren't impressed. The dividend stock plunged 8.8% on Wednesday. Lumen stock has now given back most of its gains from earlier this year. 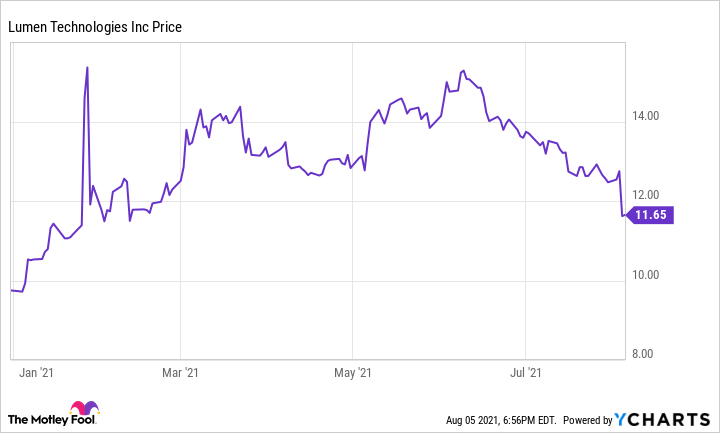 The negative reaction may have something to do with Lumen's status as a high-yield stock. Between the divestitures and a plan to ramp up investments in fiber infrastructure, Lumen may need to cut its dividend. Yet Lumen's long-term upside makes the stock a great buy anyway.

On July 26, Lumen announced an agreement to sell its Latin American business to Stonepeak (an alternative investment firm) for $2.7 billion: approximately nine times the unit's 2020 adjusted EBITDA. Lumen expects the sale to close in the first half of 2022.

This divestiture surprised many investors, as Bloomberg had previously reported that Lumen was negotiating the sale of part of its traditional U.S. copper-wire telecom business to private-equity firm Apollo Global. That rumored deal came together earlier this week. On Tuesday, Lumen announced that affiliates of Apollo had agreed to buy its incumbent local-exchange carrier assets in 20 states (mainly in the South and Midwest) for $7.5 billion, including $1.4 billion of assumed debt.

Lumen will retain its traditional telecom business in 16 states, mainly in the western half of the U.S. (with the notable exception of Florida). The ILEC assets Lumen is selling generated approximately $1.4 billion of adjusted EBITDA on $2.5 billion of revenue in 2020. Lumen expects to finalize this asset sale in the second half of 2022.

Last year, Lumen generated about $1 billion of its $3.1 billion of free cash flow from the ILEC operations it plans to sell. The Latin American business contributed another $100 million or so. Management will use much of the deal proceeds to pay down debt. That will reduce interest expense, but at best it might offset half of the lost free cash flow. Meanwhile, taxable gains related to these asset sales will run through the rest of Lumen's tax credits related to past taxable losses. As a result, Lumen will pay higher cash taxes going forward, further pressuring free cash flow. Finally, Lumen plans to ramp up capital spending on fiber upgrades for its remaining copper-wire assets.

Together, these factors point to significantly lower free cash flow after the asset sales close, which will increase Lumen's free cash flow payout ratio. For now, Lumen is maintaining its generous $0.25 per share quarterly dividend, which costs about $1.1 billion annually. But management isn't ruling out the possibility of a future dividend cut.

A good price for subpar assets

This risk of a future dividend reduction may make Lumen unattractive as a dividend stock, per se. Nevertheless, Lumen's pending asset sales could pave the way for significant share price appreciation a few years down the road.

Apollo is paying approximately 5.5 times EBITDA for some of Lumen's least attractive assets. The fast-declining voice/other category accounts for about half of Lumen's revenue in the states it is exiting. Mass-market broadband service makes up most of the remainder, and nearly all of that consists of slower DSL connections. Just 3% of the 7 million addressable locations in that footprint are fiber-enabled today. 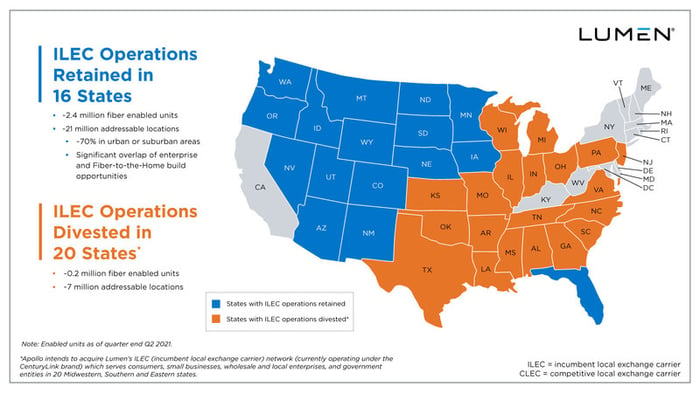 By contrast, the ILEC operations Lumen will retain are over 11% fiber-enabled today. Moreover, the asset sales mean the company will get a higher percentage of its revenue from fiber-based services like edge computing and high-speed data transport in developed markets.

Today, Lumen trades at around five times EBITDA (six times EBITDA including its non-debt liabilities). Lumen stock is significantly undervalued at that price, given that Apollo was willing to pay 5.5 times EBITDA for some of the company's least attractive assets.

Fiber investments will pay off in the long run

As noted above, Lumen plans to spend heavily to accelerate fiber upgrades in its remaining ILEC footprint. Management estimates that perhaps 15 million of its addressable locations would be suitable for fiber. This will require many billions of dollars of incremental capex, which will weigh heavily on near-term free cash flow, potentially forcing Lumen to cut its dividend.

However, fiber subscribers pay more for internet service, particularly as they upgrade to higher speed tiers. Additionally, they are stickier than DSL subscribers, who are steadily migrating to faster alternatives. As the fiber upgrade plan gains traction, it should get Lumen's mass markets segment growing again.

Lumen shareholders may have a bumpy ride in the near term due to the potential for another dividend cut. But selling lower-quality assets and reinvesting in more promising markets should dramatically improve Lumen's revenue trajectory, rewarding patient investors with a much higher valuation a few years from now.

Lumen Stock Slips After Earnings Miss: Why I'm Not Worried
363% 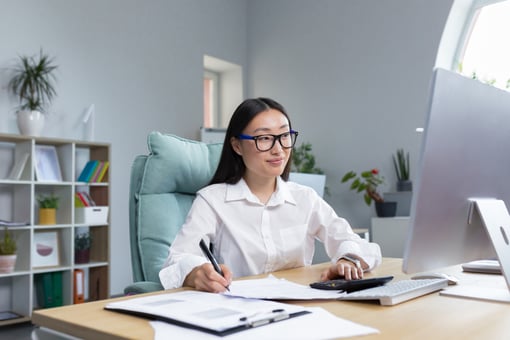