Please ensure Javascript is enabled for purposes of website accessibility
Log In Help Join The Motley Fool
Free Article Join Over 1 Million Premium Members And Get More In-Depth Stock Guidance and Research
By Keith Speights – Aug 9, 2021 at 5:59AM

The company's executives have repeatedly overpromised and underdelivered.

There are lots of mistakes that corporate executives can make. One of the most problematic is overpromising and underdelivering. This blunder can lead to an erosion of credibility. Novavax (NVAX -2.88%) CEO Stan Erck and his leadership team face this very issue right now.

The company has maintained for a while now that it planned to file for U.S. Emergency Use Authorization (EUA) of its COVID-19 vaccine candidate NVX-CoV2373 in the third quarter of 2021. However, Novavax announced last Thursday in its second-quarter update that its EUA submission in the U.S. will be pushed back into Q4.

The vaccine stock sank on Friday following the news. Is Novavax still a buy with its management's credibility crumbling? 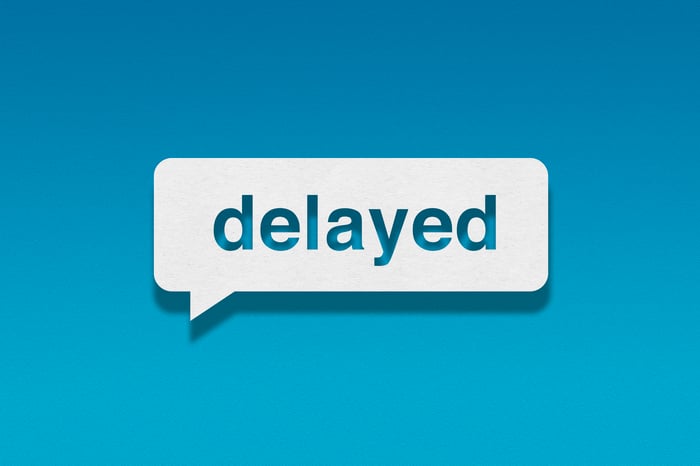 One case of overpromising and underdelivering usually isn't a cause for serious concern. Unfortunately, Novavax's executives have now established a pattern.

In February, Erck stated that the company expected to file for U.S. EUA of its COVID-19 vaccine candidate in the early second quarter and that it could be available in the U.S. by May. His timing assumed that the U.S. Food and Drug Administration (FDA) would accept a submission based on U.K. clinical study data.

However, Erck acknowledged that the FDA might require Novavax to use its U.S. clinical study data for an EUA filing. He said on March 1, 2021, that in this scenario a U.S. submission could be pushed back to mid-summer.

By May, Novavax had revised its forecast. The company stated in its Q1 update that a U.S. EUA filing was expected in the third quarter. Investors continued to look for a Q3 submission until the latest delay announced last week.

Erck said in Novavax's Q2 conference call that he believes "all of the key components are in place to achieve our filing within the fourth quarter." However, the company still must complete the validation of its analytical methods as well as working with third parties to finalize its EUA submission.

The involvement of third parties is important for Novavax. It's a small company with no previous FDA regulatory filings under its belt. Using other organizations to bolster its limited resources makes sense. However, the use of third parties also increases the risk of further delays.

Novavax still expects to file for U.K. EUA in the third quarter. However, Erck added that "as with all applications, this may change."

It's totally understandable if investors find it hard to place much trust in Novavax's projected timelines. A pattern of overpromising and underdelivering has taken an inevitable toll on management's credibility. Despite this disappointing track record, though, I still think Novavax's shares could and likely will move significantly higher.

Last week, Novavax announced a deal with the European Commission to supply up to 200 million doses of its COVID-19 vaccine. The company also has a supply deal with Canada for 52 million doses plus an option for up to 24 million additional doses. It finalized an agreement with the COVAX Facility for 1.1 billion doses. Novavax's partner, SK Bioscience, will supply 40 million doses of NVX-CoV2373 to South Korea.

The bottom line is that Novavax could have billions of dollars flowing into its coffers once its COVID-19 vaccine wins EUAs and approvals around the world. And while its submission in the U.S. has been pushed back, the company (in collaboration with the Serum Institute of India) has already filed for EUA in India, Indonesia, and the Philippines.

My view is that Novavax remains on track to win EUA in multiple countries, including the United States. The clinical data supporting NVX-CoV2373 hasn't changed.

After its sell-off on Friday, Novavax's market cap is below $15 billion. Considering its realistic revenue prospects in 2022 and beyond, that's a low valuation. I think buying Novavax stock still makes sense, even if buying what its management team might promise doesn't.