It's common knowledge to dividend investors that insurance giant Aflac (AFL -0.51%) is a Dividend Aristocrat, boasting a 38-year record of consecutively raising its annual dividend. But dividend investors may be wondering, "does that make the company a buy?"

Let's take a look at Aflac's recent earnings results, a significant future growth catalyst that has emerged, and the company's current valuation to see if we can find an answer for dividend investors looking at this stock. 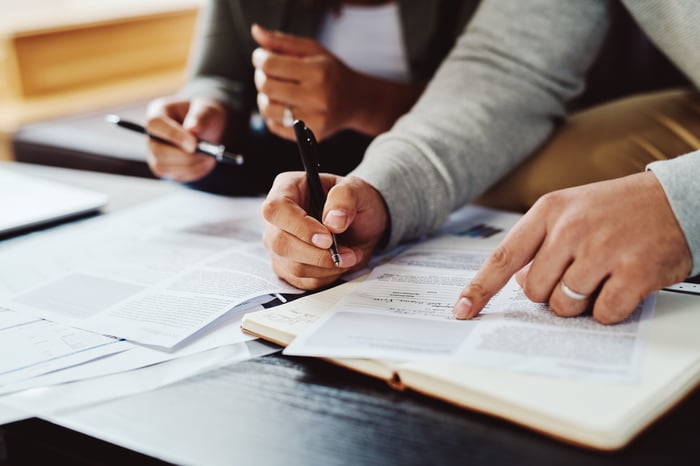 The ongoing COVID-19 pandemic was still an obstacle to fully resuming face-to-face sales.  Chairman and CEO Dan Amos made reference to this during the company's July 29 earnings call when he noted that in-person sales were still "the most effective way for us to convey the financial protection only Aflac products provide."

Because in-person sales are generally so effective, the insurance industry has historically been slower to adopt tech-forward alternatives. It's to Aflac's credit that the company has adapted relatively well to the massive tech-related changes taking root within the industry over the past 18 months. Amos pointed out that Aflac has "technology in place to allow agents to pivot from face-to-face to virtual sales," and that the company has trained thousands of its agents to adapt to the shift from face-to-face to virtual sales, which should better position both its insurance agents and the company.

On the profitability side of the business, Aflac continued to benefit from lower claims utilization in the second quarter due to the pandemic, compared to the company's long-term rates.

CFO Max Broden succinctly summarized the lower-than-normal claims utilization rates, saying, "our claims activity is very much driven by the mobility of people." With this context, it makes sense that, with less of Aflac's customers driving and getting into accidents, Aflac's net benefits and claims paid fell from $2.9 billion in Q2 2020 to $2.65 billion in Q2 2021.

The combination of higher revenue and lower net benefits and claims paid out helped Aflac's adjusted diluted earnings per share surge 24.2% year over year, from $1.28 to $1.59, beating analyst estimates by $0.32.

As a mature, large-cap insurance company, Aflac knows it must continue to innovate.

Aflac dental and vision insurance offerings have already received regulatory approval in more than 40 states, with more states expected to be approved later this year, according to chief operating officer Fred Crawford.

While management described this year as "a year of launch, learn, and adjust" for Aflac dental and vision insurance, it isn't hard to understand why management also believes the launch better positions Aflac for "future long-term success in the U.S."

According to IBISWorld, the U.S. dental and vision insurance industries collectively are expected to account for $137 billion in revenue in 2021 and even more in the years to come. Leveraging its presence within U.S. workplaces, high name recognition, and the obvious demand for dental and vision insurance, it appears Aflac will establish itself in the two industries in the years ahead, which will provide nice growth over 2020's revenue base of $22.1 billion.

An intriguing play for long-term investors

As pandemic-induced restrictions in the daily lives of Aflac's customers gradually subside, net claims should return to normal levels. But more face-to-face interaction should boost the company's revenue to compensate for increased expenses. Plus, Aflac will still have a virtual sales technology platform in place to leverage as needed while Aflac executes on its nationwide launch of dental and vision insurance product offerings.

Given Aflac's future potential, the stock also appears to be trading at a reasonable valuation. At $56 a share, it's priced at about 1.1 times its second-quarter book value of $50.20, according to generally accepted accounting principles (GAAP), which is lower than has historically been the case. Income-oriented investors holding Aflac stock get rewarded with a market-beating 2.4% yield (compared to the S&P 500's 1.4% yield).