Please ensure Javascript is enabled for purposes of website accessibility
Log In Help Join The Motley Fool
Free Article Join Over 1 Million Premium Members And Get More In-Depth Stock Guidance and Research
By Daniel Sparks – Aug 11, 2021 at 8:05AM

This company's revenue and profits are soaring, adding to its already massive war chest of cash.

Facebook (META 6.22%) may be one of the best long-term investment opportunities in the stock market today. Such a bullish view could take investors by surprise for a number of reasons. First, the stock is already up significantly this year, soaring 34%. Additionally, Facebook has a market capitalization greater than $1 trillion. Some investors, therefore, might ask: How much bigger can the social network get?

But a closer look at this growth stock shows good reasons to bet on it for potential market outperformance over the next 10 years. 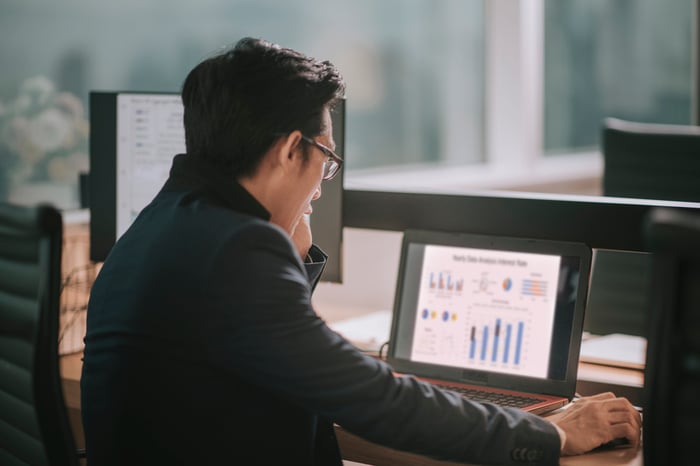 If there's any doubt about Facebook's continued dominance, the company's most recent quarterly results should address those concerns. Revenue during the period surged 56% year over year as advertisers ramped up their ad spend during a reopening economy. This put total revenue for the period at an incredible $29 billion.

"Advertising revenue growth in the second quarter of 2021 was driven by a 47% year-over-year increase in the average price per ad and a 6% increase in the number of ads delivered," the company said in its second-quarter earnings release.

Of course, management said it expected growth to decelerate in the second half of the year as the company begins to lap tougher year-ago comparisons. But analysts are still modeling for very strong growth during Q3. On average, they expect third-quarter revenue to rise 31% during the period.

Looking beyond Facebook's fast-growing top line, another reason to be bullish on the stock is Facebook's impressive free cash flow, or the cash left over after both regular operations and capital expenditures are taken care of.

Based on the company's trailing-6-month free cash flow, Facebook is currently producing about $33 billion of free cash flow on an annual run-rate basis. Even more, this free cash flow could rise substantially over time, as the social network giant's revenue is still growing rapidly and its operating margin has been trending upward in recent years.

Then there's Facebook stock's compelling valuation. On the surface, it might seem like there's little upside left for a company already worth $1 trillion. But Facebook has both the strong growth trajectory and robust cash flow to easily justify current market capitalization.

Indeed, Facebook's current price-to-earnings ratio of 27 is arguably very conservative when you consider the company's sales and profitability momentum.

It's also worth noting that Facebook could easily both ramp up its share repurchases and initiate a dividend while still easily having enough money to cover its regular operations and capital expenditures. These two methods for providing value to shareholders enable Facebook to reward owners without its market capitalization needing to increase significantly. 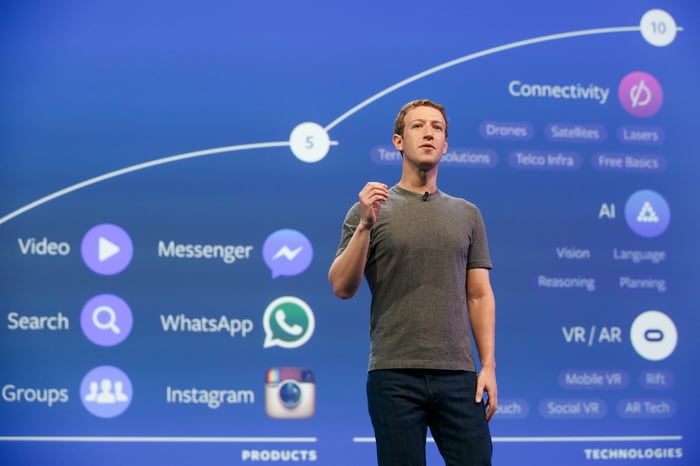 Finally (and probably most importantly), Facebook's network effect has proven to be a powerful competitive advantage. Not only does broad-based engagement from users around the world help draw in other users, but it keeps competition at bay. It would be extremely difficult for competitors to build a similarly valuable social network. Scale itself is part of the value proposition of a social network -- and Facebook's scale is unmatched, with 1.9 billion daily active users on the company's core Facebook platform and 2.76 billion unique daily active users across all of its apps.

It's always possible that Facebook runs into unforeseen issues, such as a sharper-than-expected slowdown in its revenue growth or more-formidable-than-anticipated competition. But based on the company's momentum and the stock's conservative valuation, shares seem extremely attractive today.