The game engine specialist is executing incredibly well across its business.

Unity Software (U 0.74%) reported strong second-quarter earnings results earlier this week, with investors cheering the beat-and-raise. The company is gaining momentum throughout its business. Revenue jumped 48% to $273.6 million, and Unity continues to expand into other non-gaming markets as other companies leverage Unity's creative real-time 3D (RT3D) tools for a growing array of use cases.

Beyond the financial results, here are three additional takeaways for investors from the conference call with analysts. 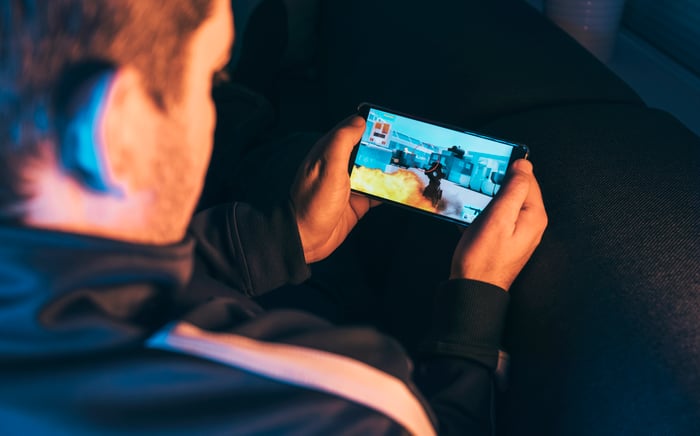 There's been a lot of talk recently surrounding metaverses, or interconnected digital universes that companies hope to create that can keep users continuously engaged. As those companies compete, Unity will be happy to provide the underlying creative tools, such as its eponymous game engine.

Now for me, the word metaverse is plural. When I say this, I'm trying to make an important point. We don't think that one company will represent the metaverse as, say, for example, it was imagined in [the 2018 movie] Ready Player One. We believe there's going to be hundreds of thousands of destinations in the metaverse.

Unity plans to "support and shape the metaverse," the chief executive added, by facilitating content creation and connecting creators with consumers.

Unity already commands over 50% market share in game engines, which potentially calls into question the company's growth prospects going forward. Riccitiello, who is an industry veteran and previously served as CEO of Electronic Arts, outlined Unity's path to growing within organizations:

Growing our penetration with artists is key to this effort. Let me pause and explain. When I worked in gaming, the ratio of artists to technical personnel on game teams was about 1:1. Today, artists outnumber technologists at least 2:1, and it's quickly adding a 5:1 or more.

The CEO noted that gaming devices are becoming wildly more powerful, and developers now compete primarily based on content and art. Unity's opportunity is to serve the growing ranks of artists within game studios. "And in this war, the ammunition is art," Riccitiello said.

Apple sent shockwaves throughout the mobile advertising industry when it crippled ID for Advertisers (IDFA), a critical tool that advertisers use to target ads. Unity stock had dropped after first-quarter earnings on investor fears that the move would hurt its Operate Solutions business, which helps developers monetize apps with advertising.

The gaming technology company had been preparing for the change for years, and the sheer scale of Unity's platform provides it with alternative ways to target ads. The company has developed a contextual model that analyzes 50 billion in-app events across 20 platforms every day, giving it a massive trove of data around user engagement -- none of which relies on IDFA.

Underscoring this confidence, Unity's Operate Solutions segment was the largest ($182.9 million) and grew the fastest (63%).