Please ensure Javascript is enabled for purposes of website accessibility
Log In Help Join The Motley Fool
Free Article Join Over 1 Million Premium Members And Get More In-Depth Stock Guidance and Research
By Rhian Hunt – Aug 12, 2021 at 7:31AM

You might not know the name Cleveland-Cliffs, but demand for its rolled steel is climbing, and Biden's infrastructure bill could send it higher.

With the manufacture of durable items like cars and home appliances growing as the economy continues its recovery from last year's pandemic-induced slowdown, the rolled steel produced by Cleveland-Cliffs (CLF -2.42%) is in higher demand. The company's stock has already surged, but the major federal infrastructure bill working its way through Congress could be another catalyst sending its profits and value even higher. The steel company also made some recent moves to improve shareholder value. Here are four reasons why Cleveland-Cliffs could be a winner for investors in the near to medium term.

1. Manufacturing is picking up

Demand for cars, recreational vehicles, and powersports vehicles such as motorcycles, ATVs, and personal watercraft is high. Some of that demand growth was apparent even last year, but it's now stronger than ever, as evidenced by the currently record-setting sales of RVs, a surge in major appliance purchases (which has boosted the top lines of manufacturers such as Whirlpool), and the rise in motorcycle purchases (which is aiding Harley-Davidson with its ambitious 5-year "Hardwire" strategic turnaround plan).

The higher demand is being reflected in rising steel prices, including the types that Cleveland-Cliffs produces. Since March 2020, steel products in general have climbed by approximately 200% to $1,600 a ton, while hot-rolled steel has seen its price surge by an even greater percentage to approximately $1,800 per ton. 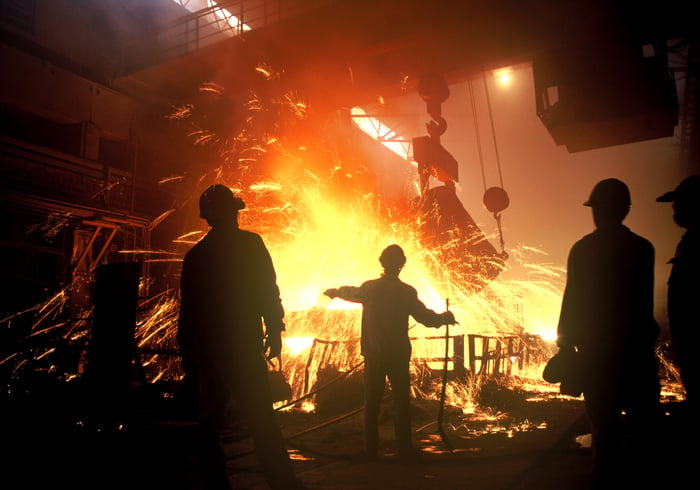 This is significant for investors for reasons beyond the obvious one. On June 15, the company issued its full-year guidance, boosting its adjusted EBITDA forecast for the third time this year to $5 billion. In its press release at the time, Cleveland-Cliffs said its "full-year expectation is based on current contractual business and the conservative assumption that the US [hot-rolled coil steel] index price averages $1,175 per net ton for the remainder of the year."

By early August, New York Mercantile Exchange (NYMEX) figures showed hot-rolled coil steel even higher than the previous $1,800 peak, trading for $1,870 to $1,880. So Cleveland-Cliffs' guidance is based on an average price as much as 37.5% lower than current steel prices, and the cost of the metal is still growing rapidly. It's therefore likely its forecasts are considerably too conservative about 2021's second half, and possibly 2022, too.

2. Major federal infrastructure spending is on the horizon

The Infrastructure Investment and Jobs Act, a $1 trillion bill being hammered out in Congress, is continuing its advance toward votes in the House and Senate. Assuming it passes, the colossal package will fund hundreds of billions of dollars worth of much-needed spending on roads, railways, airports, port facilities, electric vehicle infrastructure, and the U.S. water supply.

That would likely give Cleveland-Cliffs another windfall. It already supplies a large assortment of products for infrastructure projects, such as plate, pipes, tubes, rails, girders, and construction components, fabricated in a variety of materials including stainless steel, electrical steel, and carbon steel.

The potential value of the infrastructure bill to Cleveland-Cliffs is indicated clearly by the enthusiastic support being given to it by steel industry organizations. American Iron and Steel Institute CEO Kevin Dempsey, for instance, praised the bill for its "provisions to ensure that the steel products for water infrastructure projects be made in the U.S.," while Steel Manufacturers Association President Philip Bell also weighed in to stress the improvements coming from the infrastructure upgrades.

The steelmaker improved its stock value for shareholders through a massive late-July stock buyback that sliced its outstanding share count by 10%. Cleveland-Cliffs repurchased approximately $1.2 billion of its shares -- the equivalent of 58 million common shares in Series B preferred stock -- from ArcelorMittal (MT -1.09%). In the July 28 press release describing the action, CEO Lourenco Goncalves said the repurchase "was a no-brainer, highly accretive deal for our shareholders," and characterized the $21.18 per share it paid as an "attractive price."

Goncalves also remarked how "the total cash spent is less than the free cash flow we expect to generate this quarter" and said the move was a better arrangement than directly buying back common stock because it didn't ruffle the market. The EPS gains to investors won't be visible until Cleveland-Cliffs reports its third-quarter results, but Motley Fool contributor Rich Smith estimates a possible $0.21 per share increase above the forecast $2.13 EPS.

4. Cleveland-Cliffs is performing well and dominating its market

It should be noted much of the year-over-year gain comes from the company's acquisition of ArcelorMittal USA, which closed in December. ArcelorMittal USA was a part of European steel company ArcelorMittal, from which parent company Cleveland-Cliffs also recently completed the share repurchase noted above. The company also acquired AK Steel Holdings Corporation in March 2020, which also provided accretive boosts to revenue and EPS.

Nevertheless, it is clear the acquisitions are contributing positively to Cleveland-Cliffs' top and bottom lines, so the overall picture is still bullish, though probably not quite as astounding as a casual look might suggest.

Looking ahead, CEO Goncalves said that "steel demand remains excellent and [...] it is progressively translating into substantially higher contract prices later this year and into 2022." He also noted, "we are set for a monumental debt reduction during the back half of this year, and the achievement of zero net debt in 2022." That would be a significant milestone in terms of improving the health and flexibility of the company.

Cleveland-Cliffs' July investor presentation also highlighted some of its operational details. Its acquisitions of AK Steel and ArcelorMittal USA turned it into one of the country's biggest steelmakers, and it's No. 1 domestically in some segments of the industry. In its market mix, two of today's high-growth categories -- automotive steel and infrastructure materials -- are significant parts of its production at 23% and 27% of its sales respectively. Within automobiles, the truck and SUV segment -- also a growth area -- represents 82% of its sales.

The company also claims to be a greener and more sustainable operation than its foreign rivals. That could be a potential benefit given the Biden administration's focus on the environment, which might impact the selection of suppliers for infrastructure projects. Cleveland-Cliffs asserts U.S. steelmakers emit only 1 ton of carbon dioxide per ton of steel manufactured, compared to China's 2.5 tons of carbon dioxide per ton of steel. 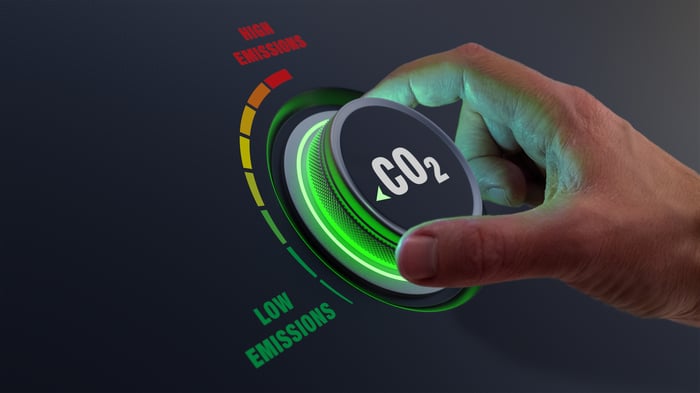 A bullish outlook, for now

Cleveland-Cliffs is clearly on a strong, sustained upswing, driven by already-high steel demand, and there's potential for infrastructure spending to send it even higher. However, Fools investing in industrial stocks should remember that the steel industry is highly cyclical. Cleveland-Cliffs' bull run may have lots of room to continue through this year and probably through 2022, but it won't last forever, simply by the nature of its market. With that caveat, however, this company is well worth a closer look as a potential buy.