Please ensure Javascript is enabled for purposes of website accessibility
Log In Help Join The Motley Fool
Free Article Join Over 1 Million Premium Members And Get More In-Depth Stock Guidance and Research
By Billy Duberstein – Aug 12, 2021 at 8:52AM

II-VI sold off after earnings, but its results and outlook remained strong.

Across the megatrends of 5G, cloud computing, autonomous vehicles, and others, the common denominator is the requirement for components made of advanced engineered materials. That should benefit the likes if II-VI (COHR -0.71%), a specialist in optical components, transceivers, and engineered materials for laser-based applications.

Though components and materials producers tend to be more commoditized than, say, a proprietary semiconductor designer, these components and engineered materials have years of solid growth ahead. Furthermore, the industry is consolidating, with II-VI being a leader on that front, currently waiting for final approval of its acquisition of Coherent (COHR).

Already down some 30% from all-time highs, II-VI fell another 4% after reporting earnings on Tuesday, Aug. 10. It was a strange reaction to a big beat on revenue and earnings per share. Furthermore, II-VI has proven itself to be a great operator over several decades, so given its discount, value investors may wish to give this beaten-down stock a look. 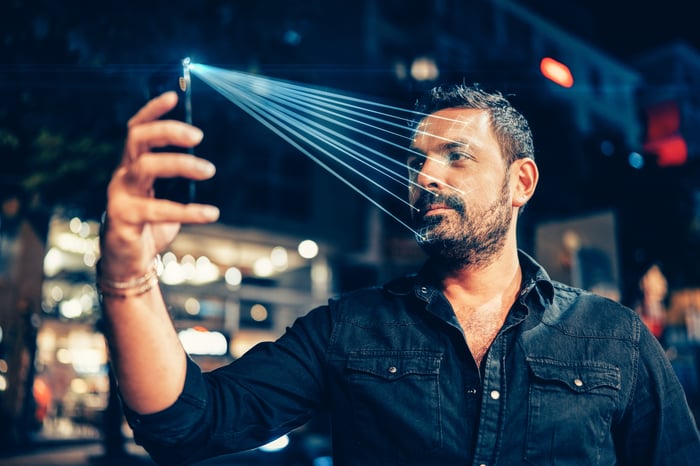 Earnings were great, so what's the problem?

In its fiscal fourth quarter ended June 30, II-VI reported record revenue of $808 million, up 8.3% from last year, with adjusted (non-GAAP) earnings per share of $0.88. Not only did both figures beat analyst expectations, but II-VI also reported a record backlog and bookings.

So why did the stock fall? Well, gross margin did come down, due to well-documented supply chain and freight issues that are plaguing everyone in the industry, as well as better performance from the larger but lower-margin communications segment. However, the company did beat earnings, due to better-than-expected synergies from the late 2019 Finisar acquisition.

There may have also been some issues with forward guidance, which called for revenue between $780 million and $830 million, along with adjusted earnings per share between $0.75 and $0.90. At the midpoint, that would only mark flat revenue and a slight decline is EPS.

However, on the conference call with analysts, CEO Vincent Mattera reminded investors that the first fiscal quarter is usually seasonally lower than the June quarter; therefore, the company's forecast for flat revenue -- likely a conservative target it will beat, if last quarter is any indication -- is actually a great projection.

But perhaps most importantly, management also said it would accelerate an extra $20 million of investments toward its silicon carbide product line next quarter, which will lower its operating margin in the near term. Management projects massive growth for silicon carbide (SiC) materials in the years ahead, with a 50% annualized growth rate through 2030! That would enable the addressable market for SiC to rise from just $0.5 billion today to $30 billion by the end of the decade. So, investing aggressively to lead the industry in this high-growth material seems like the absolute right thing to do.

The things causing II-VI's earnings to come in lower than some might have expected -- supply constraints due to COVID-19 and stepped-up investments to lead the silicon carbide market this decade -- shouldn't be of concern to long-term investors. Importantly, demand clearly hasn't been the problem, with II-VI's backlog reaching an all-time high and a book-to-bill ratio over one, which means more orders are coming in than are being shipped.

And while some are concerned with the impending acquisition of Coherent, as well as the $5 billion to $7 billion in new debt the company will be taking on, II-VI has a history of successful acquisitions and integrations. Most recently, the sizable 2019 Finisar acquisition has exceeded synergy expectations, and at a lower cost.  A buy-in from Bain Capital, a very smart private equity firm, to help finance the Coherent acquisition, also seems like a big vote of confidence.

Now trading at just 15.5 times next year's earnings estimates, below the overall market and many other high-growth tech stocks, this extended months-long malaise in II-VI stock is giving investors a chance to buy a great technology company that should grow handsomely over the next decade at a very reasonable price. This should appeal to value investors, especially with meme stocks and high-flying momentum stocks dominating the headlines of this market.