The coin has a unique value proposition that investors are just starting to realize.

Popular meme cryptocurrency Dogecoin was up 9.56% to $0.3346 per token as of 10:30 a.m. EDT today. On Aug 14., billionaire Dallas Mavericks owner Mark Cuban called Dogecoin the strongest cryptocurrency as a medium of exchange.

He said that his NBA team has generated substantial merchandise revenue with the digital coin after accepting it as payment back in March. The next day, Tesla CEO Elon Musk backed Cuban's statements about Dogecoin being a solid medium of exchange. 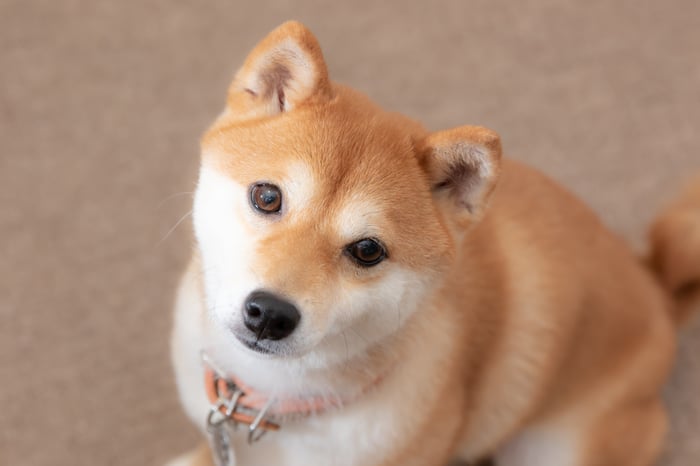 Just because Dogecoin started off as a meme doesn't mean it will continue to exist as one. By pure chance, Dogecoin found itself solving a niche problem in the cryptocurrency market. Right now, criticism is mounting against Bitcoin and its environmentally devastating proof-of-work (PoW) protocol that requires solving complex algorithmic puzzles to validate transactions. As a result, other crypto networks, such as Ethereum, are moving to proof-of-stake protocols, allowing crypto owners themselves to validate transactions. But it would result in devastating losses for miners who already invested their capital into next-generation GPUs for mining.

Dogecoin's network setup allows it to perfectly balance miners' needs with environmental sustainability. By introducing a small inflation into its circulation, miners can generate ample rewards without consuming too much electricity to solve puzzles, creating the best of both worlds. In addition, its auxiliary PoW mechanism allows miners to mine other cryptos like Litecoin alongside Doge at no cost simultaneously.

Dogecoin has evolved into more of a token with intrinsic value. In the past months, the number of merchants accepting it as payment has increased by 3.7% to 1,612. Keep in mind it also has celebrities like Musk serving as a free marketing department for the coin's adoption. I'd expect capital inflows and merchant adoptions to far outweigh that of its inflationary pullback in the near future. But only invest what you can afford to lose in this niche crypto.

3 Cryptos That Belong Only in a High-Risk, High-Reward Portfolio
357%