Please ensure Javascript is enabled for purposes of website accessibility
Log In Help Join The Motley Fool
Free Article Join Over 1 Million Premium Members And Get More In-Depth Stock Guidance and Research
By Keith Speights – Aug 26, 2021 at 11:50AM

The vaccine maker received some good news from Brazil.

Shares of Inovio Pharmaceuticals (INO -1.95%) were jumping 5.9% higher as of 11:07 a.m. EDT on Thursday after rising as much as 13.6% earlier in the session. The big gain came following Inovio's announcement that Brazilian regulators authorized the initiation of a phase 3 clinical study of COVID-19 vaccine candidate INO-4800.

Inovio had previously announced in June that it was expanding a partnership with Advaccine Biopharmaceuticals Suzhou to conduct global phase 3 studies evaluating INO-4800. The company said at the time that the late-stage testing would primarily be done in Latin America and Asia. 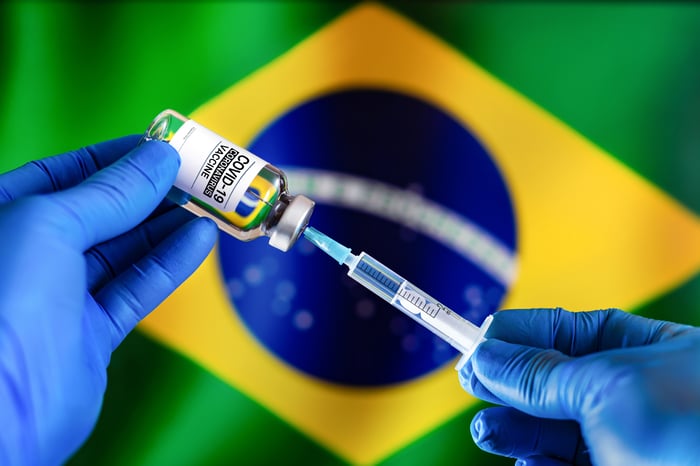 Today's news was welcomed by investors because they've waited a while for Inovio to advance INO-4800 into late-stage testing. The company had originally hoped to conduct a phase 3 study of its COVID-19 vaccine candidate in the U.S. However, Inovio was forced to change its plans earlier this year after the U.S. Department of Defense decided to discontinue funding for the U.S. late-stage study.

It's possible that more catalysts could be on the way for the vaccine stock. Advaccine is moving forward with two clinical trials in China evaluating INO-4800 and Sinovac's CoronaVac COVID-19 vaccine. Inovio also plans to report data for other pipeline candidates later this year.