Please ensure Javascript is enabled for purposes of website accessibility
Log In Help Join The Motley Fool
Free Article Join Over 1 Million Premium Members And Get More In-Depth Stock Guidance and Research
By Justin Pope – Aug 29, 2021 at 7:45AM

These two strong Chinese powerhouses are cheap but come packed with risk.

Thanks to the unpredictable influence of politics in China, fear has crept into the minds of investors holding and/or considering stocks of many Chinese companies. Alibaba Group Holding (BABA -3.82%) and Tencent Holdings (TCEHY -4.71%) are two of China's most powerful technology companies, but these recent fears have sparked stock price declines of about 40% for each since mid-February.

The general notion among investors is that there is often a buying opportunity when quality companies drop in price. But in this case, investors should consider both the pros and cons before deciding on these two tech stalwarts. 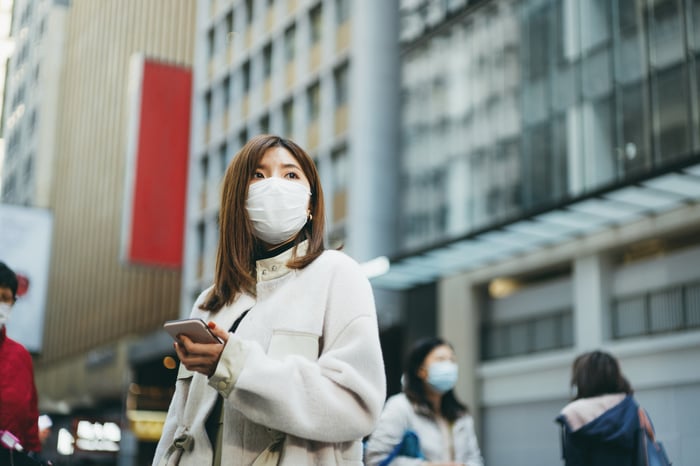 Alibaba and Tencent are two of the world's largest tech companies, and they are based in a country with the world's second-largest economy -- China. They are massive conglomerates that have a strong footing in the most important aspects of consumer life in China.

Alibaba is an e-commerce company that provides online retail and logistics to more than 900 million consumers in China and more than 1.1 billion worldwide. Alibaba also runs various other business segments, including cloud computing, and it owns 33% of fintech giant Ant Group, which operates Alipay, China's most popular digital payments platform.

Tencent is an internet company that offers a host of payment services, apps, advertising, video entertainment, games, and social networks to consumers in China. More than 1.25 billion users are on Tencent's social media platform, and its digital payments business Tenpay combines with Alipay for roughly 90% of third-party payments in China.

Together, these two companies offer investors broad exposure to different areas throughout the Chinese economy. Alibaba generated $109 billion in revenue in fiscal 2021 (which generally coincides with the calendar year 2020), and Tencent generated $74 billion in its 2020 fiscal year.

Alibaba converts about 10% of each revenue dollar into free cash flow, while Tencent is even more profitable, converting at 20%. This free cash flow trickles down to the balance sheet, resulting in large cash hoards. Alibaba and Tencent currently have the U.S. dollar equivalents of $73 billion and $39 billion on their balance sheets, respectively.

The stocks for Alibaba and Tencent have a total market cap between them of almost $1 trillion ($448 billion and $524 billion, respectively), despite the declines in share price over the past six months. Based on Alibaba's expected fiscal 2022 (the calendar year 2021) revenue of $142 billion and Tencent's expected 2021 revenue of $90 billion, the stocks trade at price-to-sales ratios of 3.1 and 5.8, respectively.

If you look at these companies as "big tech" players in China, comparable companies like Amazon and Microsoft are trading at similar or higher valuations. Alibaba, for example, traded at a P/S or more than seven just last fall, showing how far these stocks have fallen.

Despite the strong cash positions and low valuations of these stocks, it's become evident to investors that political pressures in China may impact business itself. Both Alibaba and Tencent have gotten caught in political messes recently.

Jack Ma, the founder of both Alibaba and Ant Group, ran into issues while trying to bring Ant Group public after he criticized the banking system in China. Regulators flagged the IPO in China, and Ant Group backtracked on its initial public offering (IPO) plans as a result. Ant Group was estimated to have a $310 billion market cap on the public markets, but its failure to IPO hurt Alibaba as a large stakeholder.

Tencent has aggressively donated money to "common prosperity" in China, announcing an amount of 100 billion yuan ($15.5 billion), this year alone. The term has come from angst over excessive wealth in China and political pressure to redistribute wealth across the country. Considering Tencent had 482 billion yuan in revenue in 2020, these donations constitute a significant percentage of overall revenue.

Con: Uncertainty of a turnaround

Investors buying shares of Alibaba and Tencent are effectively counting on political pressures to ease and these companies being allowed to operate without much interference from the government moving forward.

Each company continues to grow, so if valuations climb back to where they were in late 2020, the potential upside makes for an interesting investment, to say the least. But the problem is that we can't know for sure what the government in China will do going forward.

Uncertainty is ultimately the problem with Alibaba and Tencent. We can't know the degree to which these companies will be interfered with or for how long. What if Tencent is obligated to donate more of its profits moving forward? What if Chinese regulators decide to break up Alibaba from its stake in Ant Group?

Given the opportunity cost of holding these stocks to find out these answers, it may be a good idea for investors to fully explore other investment opportunities before buying stock in either Alibaba or Tencent.