Markets were on the rise overall, but these companies were surprising in their gains.

None of those moves for the major market benchmarks was more than 1%, but some stocks saw big jumps. In particular, Hill-Rom Holdings (HRC) and Globalstar (GSAT 1.58%) were up double-digit percentages on strong news for their respective businesses. You'll find the details below.

Hill-Rom looks for a better offer

Shares of Hill-Rom Holdings jumped almost 11% on Monday morning. The manufacturer of hospital beds and other medical equipment has reportedly become the target of a potential acquisition bid. 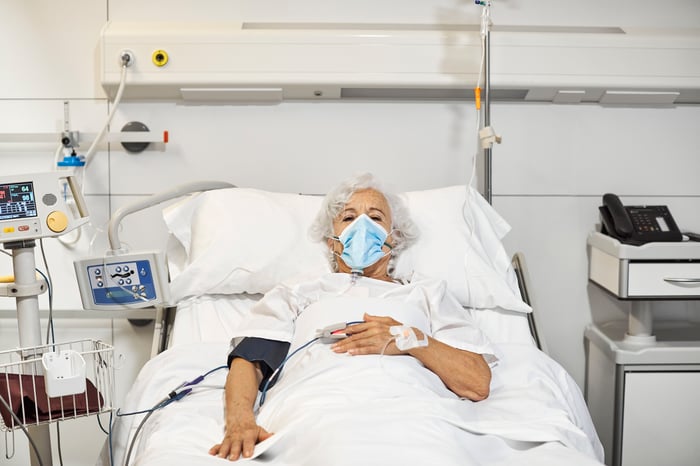 Industry peer Baxter International (BAX -0.53%) has been discussing buyout plans for Hill-Rom, according to Dow Jones. According to the news service's sources, Baxter is now looking to bid $150 per share, valuing Hill-Rom at roughly $10 billion. That would be a sweetened deal from a previous bid that Hill-Rom reportedly rejected.

The move only continues the trend of consolidation throughout the stock market and particularly in the medical equipment space. Much larger companies such as Abbott Laboratories and Medtronic have made major acquisitions, and even though Baxter is far smaller than those two industry giants, it also feels the pressure to expand its scale through smart strategic moves.

Hill-Rom would offer a lot of complementary benefits to Baxter's business. It'll be interesting to see whether the company actually moves forward with a bid, and if so, whether Hill-Rom chooses once again to hold out for more.

Meanwhile, shares of Globalstar soared more than 45%. The provider of satellite communications services is potentially looking at a game-changing move that could dramatically increase the size of its business.

There's been a lot of speculation about what the latest version of Apple's (AAPL -1.96%) iPhone will bring to the table. With the last release of the iPhone 12 adding 5G capabilities, many had anticipated that the iPhone 13 would be a more incremental update rather than providing any big new features.

However, one report has indicated that the iPhone 13 could support satellite communications. That'd be potentially valuable for users in areas where no cellular service is available or reliable. It could also bring a flood of new business to Globalstar.

Globalstar's low share price also makes it attractive to certain individual investors. Even though a low share price in itself isn't an indicator of a cheap stock or above-average growth potential, that perception still persists among much of the investing community.

The latest move has sent Globalstar's stock to its best level in several years, but it's still far, far below where it traded in its heyday in the mid-2000s. Shareholders hope that Globalstar was simply ahead of its time, and a lot of investors will have their eyes glued on Cupertino for details about the iPhone 13 when the smartphone finally gets released.