They should be on yours, too.

Yet even on a somewhat downbeat day, there were some bright spots on Wall Street. Spotify Technology (SPOT 1.08%) and Callaway Golf (MODG 2.42%) were among stocks moving higher to start the week. Below, we'll give some insight into what sent these shares upward on Tuesday morning.

Shares of Spotify were up almost 4% on Tuesday morning. The streaming music company got positive comments from major stock analysts expressing their enthusiasm about the stock. 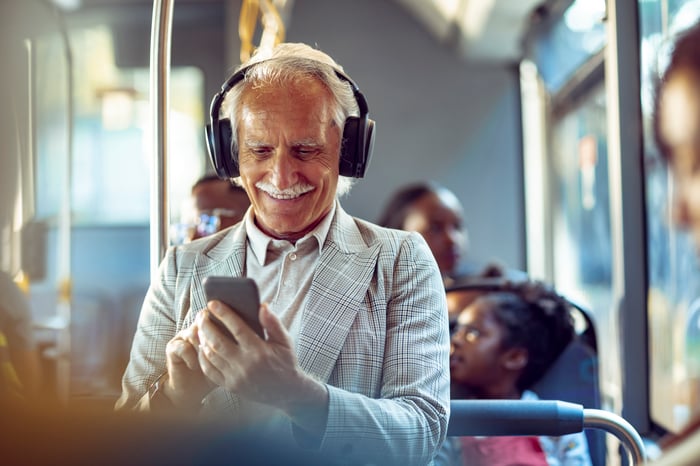 The favorable coverage came from analysts at KeyBanc, who upgraded the stock from sector weight to overweight. As KeyBanc sees it, Spotify appears to be ready to benefit from improving industry conditions. The company has seen rising interest from users downloading and using its app, and Spotify is aiming to maintain its leadership role in a space that has the potential to get increasingly competitive in the years to come.

Perhaps one of the biggest wins Spotify has seen lately came from its relationship with Apple (AAPL -0.34%). Under a newly announced policy, Apple will let certain apps like Spotify's collect payments directly from users rather than running them through Apple's own payment system. That could save Spotify a huge amount of fees, boosting profit without any further effort on its part.

Spotify still has to work on increasing monetization. But that's a constant problem throughout the industry, and the strides the company has made are noteworthy and worth building on.

Callaway aims for the flag

Meanwhile, Callaway Golf managed a rise of 2% on the day. The golf specialist gave encouraging guidance for the third quarter and remainder of the year.

Specifically, Callaway boosted its sales expectations by about $40 million. The company now expects revenue to come in between $3.065 billion and $3.095 billion. Adjusted pre-tax operating earnings should be in a range of $370 million to $390 million, roughly $25 million to $30 million higher than previously forecast. The boosts for the third quarter were even larger, suggesting that the company foresees some pulling forward of remainder-of-year performance into the current quarter.

Investors have been optimistic about Callaway for a while now, especially after its early August earnings report. People are returning to the links, and Callaway's acquisition of Topgolf has opened up a whole new phenomenon that fans are more interested in than ever.

To be fair, Callaway still faces some problems. But the golf specialist said that it has been able to mitigate some of the supply chain disruptions that it's had to deal with, largely by shifting production away from Vietnam toward other countries. If the company can avoid the hit it expects in the fourth quarter from supply chain issues, then it could prompt yet another boost to earnings and revenue guidance.

Golf is a popular game, and Callaway is tapping into interesting trends. Today's gains could be just a hint of what's to come if the company can execute well on its thus-far successful strategy.