Please ensure Javascript is enabled for purposes of website accessibility
Log In Help Join The Motley Fool
Free Article
Join Nearly 1 Million Premium Members And Get More In-Depth Stock Guidance and Research
By Will Ebiefung – Sep 15, 2021 at 8:21AM

You don't need tons of money to get started in the stock market. A $500 investment could help set the foundation for life-changing returns if you bet on the right companies. Walt Disney (DIS -2.21%) and Curiosity Stream (CURI 0.58%) have what it takes to deliver multi-bagger returns because of their rapid growth rates and economic moats in the streaming industry.

At a price of $185 per share (and a market cap of $336 billion), $500 buys 2.7 shares of Walt Disney. That looks expensive, but it's a small price to pay for a slice of one of the world's most iconic entertainment brands. Moreover, Disney can create long-term value for investors with its flourishing video-streaming business and compelling valuation. 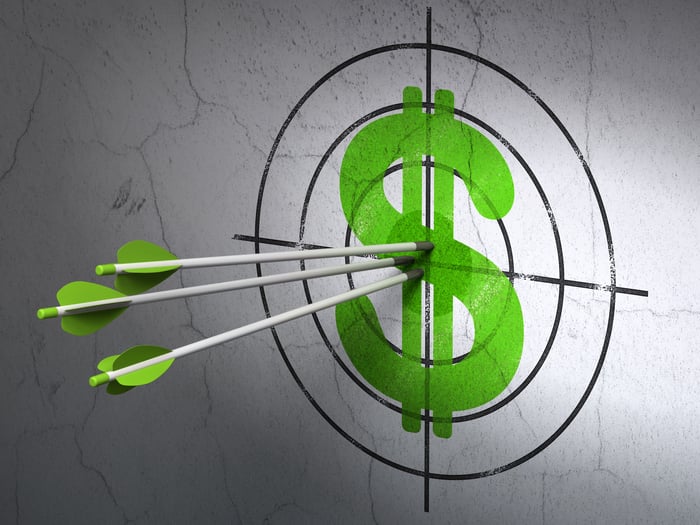 Disney currently boasts 174 million paid subscribers across all its streaming platforms. Management sees that number soaring to between 300 million and 350 million by 2024. If Disney can achieve an average monthly revenue of $10 per user (up from $4.16 currently on Disney+), streaming could add a jaw-dropping $3.5 billion to its top line per month -- or $42 billion annually. And if Disney also manages to match Netflix's sector-leading operating margin of 22%, that would be an extra $9.2 billion in operating profits.

While streaming has become Disney's key growth driver, its amusement park and studio entertainment divisions are also important. These businesses grew 18% and 308% (to $12.7 billion and $4.3 billion, respectively) against easy year-over-year comparisons in the second quarter. A full recovery will likely depend on an easing of the pandemic, but Disney is helping speed up the process with new attractions such as the brand-new Avengers Campus at Disney California.

The company also plans to release more films in theaters exclusively before moving them to Disney+.

Disney's bottom line has been choppy for the last several quarters, so its pre-pandemic numbers can help give perspective on the stock's valuation. The company earned $6.27 per share in 2019 and currently trades for 30 times that figure -- lower than the S&P 500's average of 35. To be fair, there is no guarantee Disney will regain or exceed its old profitability. But with a healthy amusement park recovery and a surging streaming business, the odds look great.

Trading for a little over $11 per share at the time of writing (with a market cap of $583 million), Curiosity Stream is ideal for investors who want to get in on the ground floor of a long-term growth opportunity. A $500 investment would snag roughly 42 shares, which isn't too shabby. And the company's spectacular expansion and relatively modest valuation give it clear multi-bagger potential.

Analysts at Grand View Research expect the video streaming industry to grow at a compound annual growth rate of 21% to $224 billion by 2028, helped by the trend of cord-cutting, which is seeing more consumers ditch cable subscriptions in favor of online content. With its focus on documentaries, Curiosity Stream is positioning itself as an alternative to educational cable TV programs like the History and Discovery channels.

Second-quarter revenue increased 27% year over year to $15.3 million, and paying subscribers soared 40% to 20 million. Management expects revenue of at least $71 million in full-year 2021, representing an 80% annual growth rate. To help reach this target, the company is expanding the availability of its content, signing a multi-year distribution deal with streaming television service fuboTV in August.

With a market cap of $583 million, FuboTV trades for just 8.2 times projected sales. That's a modest valuation for a rapidly scaling growth stock. Its focus on documentaries also helps it stand out as a unique service in the highly competitive streaming industry.

Walt Disney and Curiosity Stream would both make excellent long-term investments in the streaming industry. But that's where most of the similarities end. As an established blue-chip company with a long track record of success, Disney is the safer bet. Still, Curiosity Stream may enjoy more growth potential because of its smaller size and reasonable valuation.