Tomorrow is a big day for Pfizer (NYSE:PFE). A U.S. Food and Drug Administration advisory committee will review its latest request. The coronavirus vaccine leader is asking for the authorization of its booster shot. The idea is to boost the immunity of individuals who got the primary vaccine series early in the year.

The government seems to like this idea. The Department of Health and Human Services has announced a plan to begin rollout of boosters as of next week. But this of course depends on FDA authorization. And this may not be a sure thing for Pfizer. Let's take a look at what's happening -- and what it means for Pfizer investors. 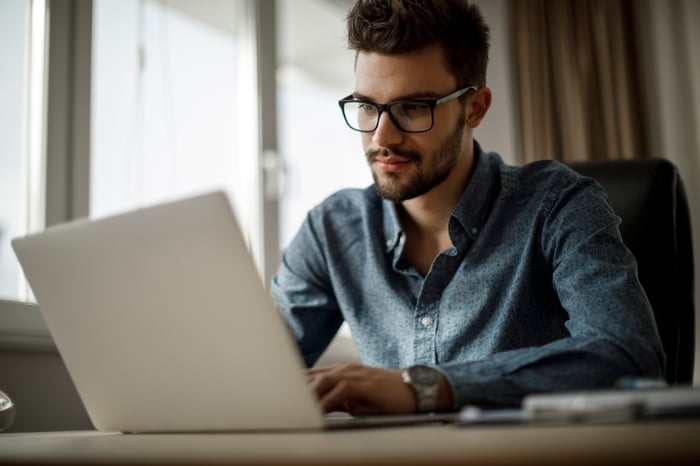 Advice for the FDA

First, a bit about the advisory committee's role. This panel of experts in the field offers advice to the FDA. The agency isn't obliged to follow the committee's vote -- but it often does. And that's why some Pfizer investors may be a little concerned at the moment.

I'll explain. The FDA prepared a document for the committee to consider. And in it, the agency didn't take a very firm position in favor of booster shots right now.

"Data indicate that currently U.S.-licensed or authorized COVID-19 vaccines still afford protection against severe COVID-19 disease and death in the United States," the document says. The FDA also emphasized that real-world studies haven't been consistent in their conclusions about the need for a booster.

That may be true. But Pfizer still says immunity wanes six to eight months after the primary series. And a third dose at that time brings immunity back to peak levels, Pfizer wrote in its document for the advisory committee. The company includes data from a study involving 306 volunteers.

Pfizer also cites the situation in Israel. The country has primarily vaccinated with the Pfizer product. Israel noted waning immunity and recently started offering Pfizer booster shots. The result? Efficacy levels are back to 95%, Pfizer says.

Reasons for a booster

So, we've got reasons supporting the idea of a booster. And we've got the FDA document that isn't against -- but rather neutral. It's impossible to guess what the FDA advisory committee -- or the FDA itself -- will decide. But an important element to keep in mind is this: The FDA's role is to judge the safety and efficacy of potential products. The agency will base its authorization decision on those elements. A key question: Does the benefit outweigh any potential risks?

Pfizer's safety and efficacy results look solid. There's reason to be optimistic. But there's also the possibility the agency would ask Pfizer for more extensive data. And that, of course, would delay a booster rollout.

What does all of this mean for Pfizer investors? Whether the FDA gives the go-ahead right away or asks for further data, investors shouldn't worry. First of all, it's likely Pfizer will launch a booster -- whether it's in a few days or a bit farther down the road. Overall evidence is showing a drop in immunity. And evidence also is showing a third dose is helping to boost it.

Second, a booster launched now or later won't have much impact on Pfizer's vaccine revenue. Countries like the U.S. and regions like the European Union already have placed big orders from the company. So, they have plenty of doses right now to provide their citizens with the first two doses and a booster. But they placed orders with the idea of two doses per person. So, if boosters reach the market, stock may be used up more quickly than planned. And that means future orders will have to be bigger. This will lift revenue in the future.

What about Pfizer shares?

Pfizer shares generally aren't highly sensitive to vaccine news. The stock finished last year little changed -- in spite of its exciting finish at the vaccine race finish line. This year, however, a steady stream of good news has lifted the shares: billions of dollars in vaccine revenue, authorization of the vaccine for teens, and full approval of the vaccine for adults. The shares have climbed more than 20%. The share movement has been progressive and has followed solid news. That's positive.

So, no matter what happens tomorrow, don't worry: Pfizer's booster program has good reason to move forward at some point. And Pfizer shares should progressively reflect the companies' revenue and profit over the long term. All of this means investors can breathe a sigh of relief right now.