Please ensure Javascript is enabled for purposes of website accessibility
Log In Help Join The Motley Fool
Free Article Join Over 1 Million Premium Members And Get More In-Depth Stock Guidance and Research
By Matthew Frankel, CFP® – Sep 21, 2021 at 6:21AM

This isn't exactly a low-risk investment, but I love the long-term potential.

2021 started off as the year of the SPAC, as literally hundreds of special-purpose acquisition companies, also known as "blank check" companies, were formed with the hopes of taking exciting private businesses public. And as you might expect, there were some that were successful and others that didn't exactly pan out for investors, as well as hundreds still looking for their targets.

Over the past few months, the SPAC boom has cooled off quite a bit, but that's not to say that there aren't some exciting opportunities in the market. One upcoming SPAC merger involves blank-check firm Khosla Ventures Acquisition II (KVSB) taking neighborhood-focused social media platform Nextdoor public. I'm planning to open a small position in the company within the next few weeks. Here's why I'm choosing Nextdoor as the next stock I'm going to add to my personal stock portfolio. 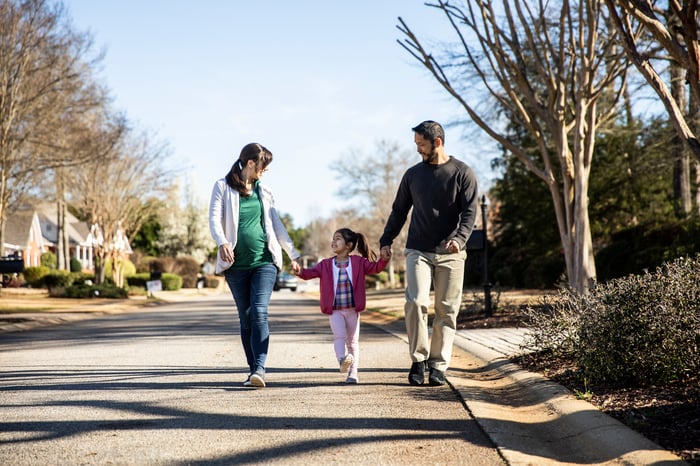 If you aren't familiar, Nextdoor is a social network focused on neighborhoods. The company's goal is to help neighbors interact, help one another, form groups, and much more. The platform has over 29 million weekly active users and a total of 63 million verified members. One-third of U.S. households have a Nextdoor user living in the home. This is a platform that already has massive reach, and it has a demonstrated network effect that should keep it growing for years to come.

Nextdoor's monetization is still early. The average active user generates $10 in annual revenue, compared with nearly $60 for the average Twitter (TWTR) user. However, there's tremendous potential, especially when it comes to advertising for local businesses, real estate, home services, and other neighborhood-targeted opportunities. What's more, Nextdoor users skew toward those who are not active on other social media platforms. If Nextdoor can continue to expand its user base and bring its monetization on par with other leading social media platforms, it could be a big win for investors.

Nextdoor expects 44% revenue growth in 2021 after generating 49% growth in 2020. And with the company projected to get more than $640 million in cash as part of its SPAC merger (expected in November), it will have a significant war chest of capital to help fuel growth for years to come.

As a final thought, it's tough to overstate the value I put on good management when making investments. Just to name a couple examples, a big reason Bank of America (BAC 0.24%) is my largest bank stock position is because it's run by Brian Moynihan, and one of the main reasons I'm so heavily invested in fellow social network Pinterest (PINS -0.16%) is because it's led by highly engaged founder-CEO Ben Silbermann.

This definitely plays a role in my Nextdoor investment thesis. The company is led by CEO Sarah Friar, and if that name sounds familiar, it's because she was the CFO at Square (SQ -0.84%) for much of the company's rise from niche hardware maker to massive financial ecosystem. In fact, I'd go so far as to say that Sarah Friar had nearly as much to do with Square's success as Jack Dorsey did. I'm very curious to see what she'll do with an up-and-coming social network with tons of untapped potential.

I'm tiptoeing in to this one

To be perfectly clear, I'm planning to buy shares of Nextdoor (well, technically shares of the Khosla SPAC) shortly, but it isn't going to be a big position at first. Remember, Nextdoor isn't technically a publicly traded company yet, and I'd want to see some clear progress over the next few quarters before I'd make the stock a major holding in my portfolio. However, I like what I'm seeing enough -- and believe in Friar's management capabilities enough -- to open a small "scout" position and get some skin in the game as this growth story continues to evolve.

2 Leading Social Media Stocks to Buy in 2021 and Beyond

Nextdoor Is Going Public Via SPAC: What You Need to Know
360%