A nice rebound has investors in a better mood.

A number of areas in the mobility space have gotten more attention from investors lately, including electric vehicle technology and ridesharing services. Both QuantumScape (QS 2.15%) and Uber Technologies (UBER 0.38%) saw their stocks get a nice lift on Tuesday morning. Below, we'll look at what news was behind the moves and whether the stocks might build up some forward momentum.

Shares of QuantumScape were up more than 14% on Tuesday morning. The EV battery technology specialist revealed in a somewhat cryptic filing with the U.S. Securities and Exchange Commission that it had entered into a significant agreement with a top automaker.

QuantumScape has had a long partnership with German automaker Volkswagen (VWAGY -0.32%). However, the SEC filing revealed that the battery tech specialist had made a deal with a second automotive manufacturer with global sales that put it into the top 10 in the industry. It just didn't reveal the name of that company.

Investors are hopeful that QuantumScape's solid-state lithium battery technology will result in a usable, denser-energy solution that will improve EV range and charging speed. The fact that the company has signed up another automaker beyond VW is a good sign that QuantumScape is making enough progress to attract interested strategic partners at a relatively early stage. 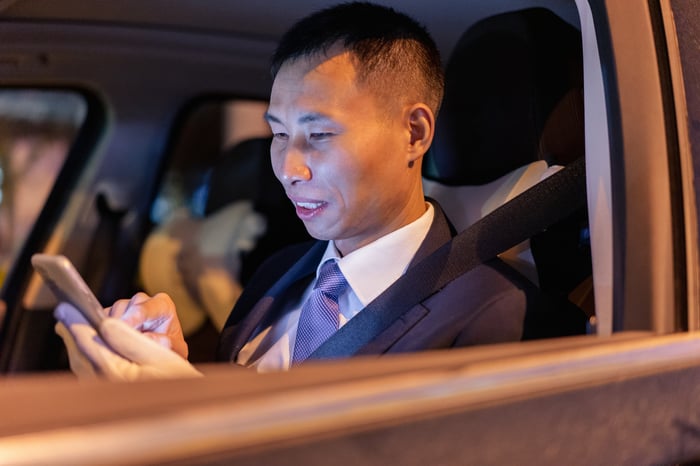 Elsewhere, shares of Uber Technologies were on the move, rising more than 10%. The ride-hailing service gave investors some good news in the form of improved guidance for the third quarter of 2021.

Uber filed a report with the SEC detailing its update of its previous third-quarter outlook. The company now expects that its gross bookings will be in the middle of its earlier guidance range, coming in between $22.8 billion and $23.2 billion. However, it sees its adjusted pre-tax operating earnings coming in between a loss of $25 million and a profit of $25 million. That's considerably better than the $100 million loss that Uber initially projected. Uber attributed the bottom-line improvements to strong performance in its mobility and delivery segments.

Even better, Uber now believes that it should reach positive adjusted pre-tax operating earnings by the fourth quarter. That figure could be as high as $100 million.

Uber has been a controversial stock, most notably because of its broad use of independent contractors. However, after an incredibly difficult period for its ride-hailing business, Uber is starting to see business bounce back, and that could prove to be the catalyst investors have waited to see as it aims to reach its full potential.