Shares of Uber Technologies (UBER -1.93%) jumped 11.5% on Tuesday after the ridesharing giant boosted its financial forecast.

Uber now expects to generate earnings before interest, taxes, depreciation, and amortization (EBITDA) of negative $25 million in the third quarter. That's up from a prior estimate of "better than a loss of $100 million."

Importantly, Uber said in a financial filing that its profit margins are improving in both its ride-hailing mobility segment and Uber Eats delivery business. Delivery has seen particularly strong growth during the pandemic, with many people choosing to eat at home rather than inside restaurants due to COVID-19. 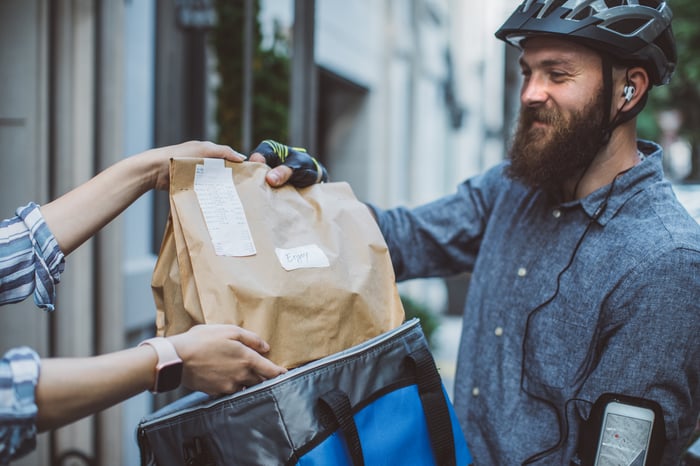 "With positive adjusted EBITDA in July and August, we believe Uber is now tracking toward adjusted EBITDA breakeven in Q3, well ahead of our prior guidance," CFO Nelson Chai said in a press release.

Looking further ahead, Uber sees its adjusted EBITDA rising to as much as $100 million in the fourth quarter.

Uber found it challenging to reach sustained profitability as it spent heavily to expand into new markets. But in recent years, management has shifted its strategy from turbocharged growth to a more balanced approach.

Uber sold off some cash-burning subsidiaries, such as its self-driving car unit, so it could focus on its most profitable businesses. The company has also placed a greater emphasis on cost-cutting.

Judging by its progress toward achieving profitability and investors' joyous reaction today, Uber's new strategy appears to be working.

Uber's Latest Expansion Could Be Great for Investors
358%