The online personalized-apparel retailer's fiscal fourth-quarter results were better than most investors probably expected, but its sales guidance likely disappointed some.

Stitch Fix (SFIX 0.12%) reported better-than-expected results for the fourth quarter of fiscal 2021 (which ended July 31) after the market close on Tuesday, Sept. 21. 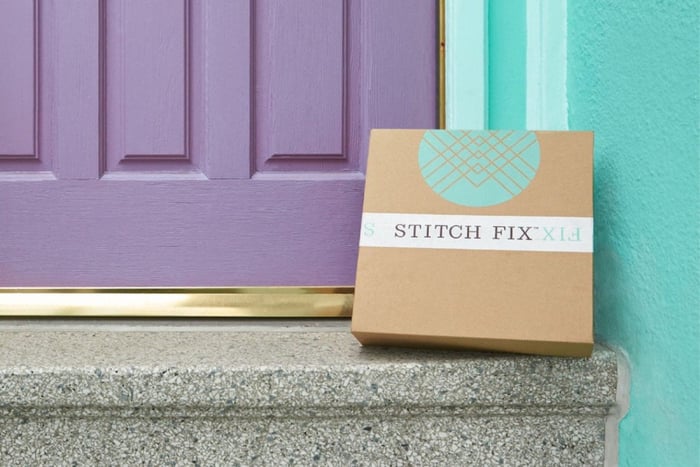 Net sales for fiscal Q4 jumped 29% year over year to $571.2 million, sailing by the $547.9 million Wall Street had expected. That result also easily beat the company's own guidance, which was for revenue of $540 million to $550 million, as outlined in my earnings preview.

Like many consumer discretionary companies, Stitch Fix had easy quarterly comparables because its year-ago results were significantly hurt by the pandemic. Like others in its industry, the company's results suggest it benefited from pandemic-driven pent-up demand for apparel and related items.

Due to the pandemic skewing year-over-year results, it's best to compare results to the same quarter two years ago. In that quarter, Stitch Fix's revenue was $432.1 million, which equates to a 15% compound annual growth rate over the last two years. I'd characterize this as solid, but not strong. For context, athletic clothing-focused Lululemon Athletica (LULU 0.38%), which earlier this month released its results for the same quarter, reported a 28% revenue CAGR over the last two years.

In the earnings release, Stitch Fix said sales growth was "driven by momentum in women's fix, outsized growth in kids and the UK, and continued acceleration in our freestyle channel." (In freestyle -- formerly direct-buy -- customers make all their own selections; the company's stylists aren't involved.)

Revenue grew 6.6% from the prior quarter (essentially the February-to-April period).

Data source: Stitch Fix. The company considers an active client to be any customer who has bought at least one item in the past 52 weeks. YOY = year over year.

Last quarter, the number of active clients increased 20% year over year to about 4.1 million, and average annual revenue per active client fell 3% year over year to $481. It's not possible to accurately know the quarter-over-quarter percentage growth in the number of clients because Stitch Fix rounded this number to a greater degree last quarter (4.1 million) and provided a more exact number in the just-reported quarter (4,165,000, which I rounded in the table). The percentage growth should range from 0.4% to 2.8%.

Hopefully, this new format continues because it provides investors with better transparency.

Stitch Fix posted fiscal Q4 operating income of $20.7 million, compared to an operating loss of $14.3 million in the year-ago period.

5. Cash flow from operations was positive, but down from the year-ago period

The company ended the period with $129.8 million in cash, cash equivalents, and short-term investments. This total is down from $143.5 million in the year-ago period, and also lower than the $222.9 million at the end of last quarter.

An encouraging quarter, particularly on the bottom line

I'll end on part of the same note I did last quarter:

Investors should be pleased that Stitch Fix turned in a better-than-expected quarter with respect to both revenue and earnings. That said, don't get carried away. (Yes, I am going to rain a bit on the party.) Keep in mind the year-ago period was an easy comparable...

While there are no guarantees, shares are likely to get a big pop on [Wednesday]. But a good portion of the pop will be from short-sellers (those who are betting on a stock's decline) covering their positions, as the stock has considerable short interest.