The company is going head-to-head with financial regulators, and that is making investors nervous.

Shares of Coinbase Global (COIN -7.80%) were down 12.2% in September, according to data from S&P Global Market Intelligence. The stock tends to be correlated with cryptocurrency prices, which fell during the month, and the company announced the Securities and Exchange Comission (SEC) was going to sue the company if it launched its new stablecoin lending program.

On top of this, the broad market indices took a tumble in September, with the S&P 500 index down around 5% in the period. This likely exacerbated Coinbase stock's decline. 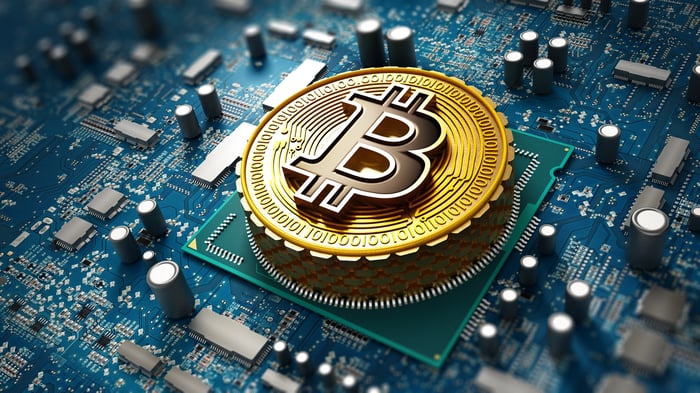 A stablecoin is a cryptocurrency that is backed by a reserve, typically a fiat currency like the U.S. dollar. This means that when you buy stablecoins, they will theoretically be able to be converted back to U.S. dollars at any point. Coinbase, as one of the largest crypto companies in the world, helped start a stablecoin called USD Coin (USDC) with a company called Circle. There are currently 31.2 billion USDC in circulation, meaning $31.2 billion (in U.S. dollars) has been exchanged for the stablecoin.

What does this have to do with Coinbase stock and the SEC? Well, in order to make some money, Coinbase was planning to offer USDC owners the ability to lend their stablecoins to Coinbase, paying them a 4% annual interest rate (eight times the national average) if they join the lending program. Coinbase can make money doing this because other crypto traders (or really anyone interested in getting a loan) are willing to pay higher interest rates to get USDC loaned to them from Coinbase. When Coinbase came to the SEC to launch the lending program, the SEC gave the company a Wells notice, which means the regulator intends to sue Coinbase if it launches the product.

With almost $5.5 billion in projected sales this year, Coinbase's business won't go away because of this SEC crackdown. However, it does indicate the government might get more aggressive cracking down on any new initiatives the company has, which could hurt its ability to grow over the next decade.

In other news, major cryptocurrencies like Bitcoin (BTC -0.01%) fell last month. The coin started at around $50,000 at the beginning of December but finished the month closer to $40,000. Coinbase owns Bitcoin and makes money through cryptocurrency trades, so its stock tends to correlate with any major moves in the cryptocurrency market.

This news from the SEC and Coinbase won't crush the company's current operations, but it is a concern that the SEC may crack down on the company's potential growth opportunities. If you are bullish on the crypto industry and think it is the future of finance, these regulatory risks are something to consider and could impact Coinbase's stock over the long term.

Jim Chanos Is Right About Coinbase
366%