These companies can be the bulwark of a portfolio to run rings around the broader market through 2031 and beyond.

Although the U.S. finally withdrew from Afghanistan after 20 years of war, defense preparedness is still essential and contractors continue to be good stocks to bet on for the next decade.

While the rate of growth in the Pentagon budget may rise and fall, actual cuts are rare events. There is always something to spend the peace dividend on, and that's why the following three defense stocks are ones you can buy and hold with confidence for decades to come. 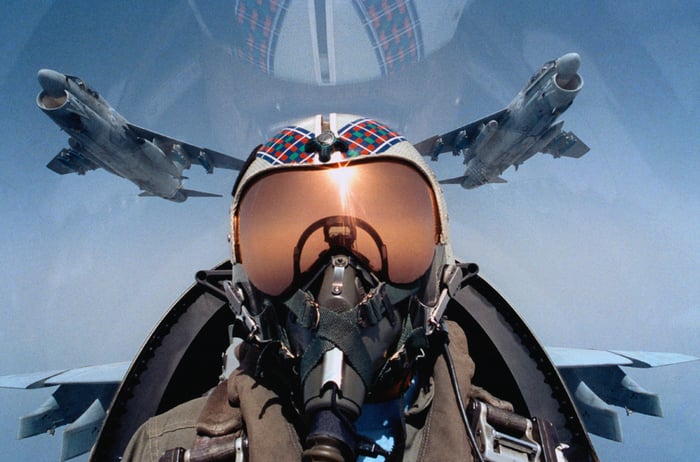 It's hard not to list essential defense stocks without beginning with Lockheed Martin (LMT -0.43%), not only the biggest U.S. defense contractor but also the world's largest. Three quarters of the $65.4 billion in revenue it generated in 2020 came from the federal government, meaning it generates more from the U.S. military than Australia, Brazil, Canada, Israel, Saudi Arabia, and South Korea individually spend on their own entire defense budgets.

While it does face competition from rivals such as Northrup Grumman and Raytheon, it's a relatively small group of elite rivals, which essentially guarantees Lockheed Martin will continue getting a significant portion of whatever spending is ultimately approved.

This is evident in its ever-growing record of backlog, which at the end of June stood at almost $142 billion, 39% of which it expects to realize within the next 12 months and 61% over the next two years.

But because Lockheed is a behemoth, don't expect shares to act like some upstart with large, sustained moves higher. It takes a long time and a wide radius to turn a battleship, but what investors can expect from the defense stock is a fairly steady performance.

Over the past decade, Lockheed Martin stock has returned 379% compared to the S&P 500's 280% return. When you add in its dividend, which currently yields 3% annually, the total return grows to 560%, making this a solid pick for your portfolio. 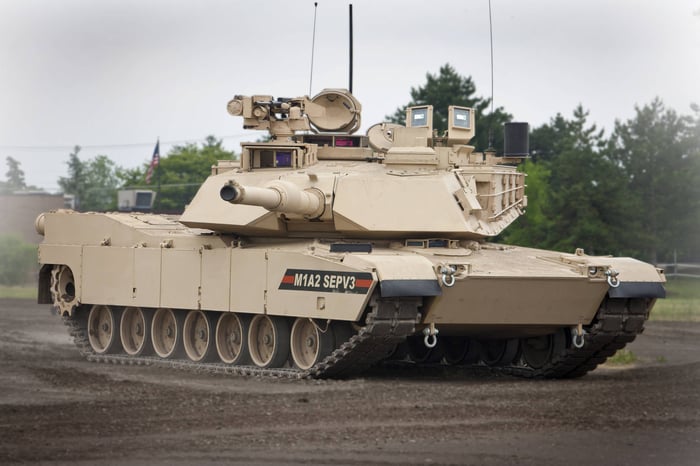 In that same category is General Dynamics (GD -0.54%), the third-largest defense contractor that was only moved lower on the list when Raytheon acquired United Technologies and vaulting it into the No. 2 slot.

General Dynamics generated $20.8 billion in Defense Department contracts last year (and another $737 million from foreign military sales), which also serves to show just how massive Lockheed's own contract wins are. Yet General Dynamics still relies upon the federal government -- both military and non-military -- for 69% of its total revenue.

It also has a healthy global commercial aerospace business generating almost $12 billion annually from its fleet of Gulfstream jets. Even though it was hurt by the COVID-19 pandemic last year, the business is still a vibrant component of the overall company.

While its stock has been more volatile than that of its larger peer, it has largely kept pace with the broad market stock index, but far outpaced it when you add in its dividend stream. General Dynamics' payout yields 2.4% annually and should provide excellent armor for defense stock investors. 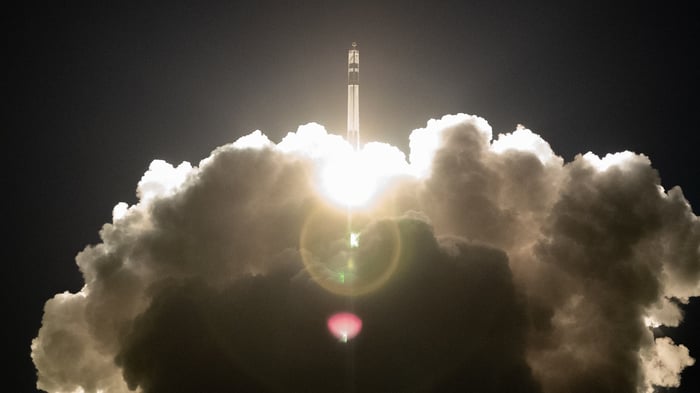 Rocket Lab USA (RKLB 0.66%) might only be a tangentially related defense stock because of its launch pad reserved for U.S. government use. But it's still a valid pick because it's a relatively young company in its early high-growth phase, and its relationship with the military can and likely will grow over time.

Rocket Lab only went public at the end of August through a reverse merger with a special purpose acquisition company (SPAC), but it has a decade of experience under its belt. Its main business is the commercialization of space, much like SpaceX, Blue Origin, and Virgin Galactic, and it's having just as much success as any of them, and arguably more than some.

Already Rocket Lab has held 21 successful launches and has deployed 105 satellites into orbit. It built and operates the world's first privately owned launch pad in New Zealand that could handle as many as one launch every 72 hours if need be, while its second launch pad in Wallop Islands, Virginia, is the one for government use. The inaugural mission of this site was a dedicated flight for the U.S. Air Force last year.

Certainly the greatest potential for Rocket Labs lies with the private sector and commercial space travel, maybe even to Mars. But with connections to the federal government, NASA, and the military, its stock is one investors might use to juice the returns of the defense portion of their portfolio over the next decade.

Rocket Labs doesn't pay a dividend, but it ought to be able to make up for that by taking its share price into orbit.