The company reported better-than-expected earnings, but that wasn't enough to keep the stock from falling last month.

Shares of Blackberry (BB 0.50%) were down 14.3% in September, according to data from S&P Global Market Intelligence. The company, which used to make mobile phones but has recently transitioned to security for internet-connected devices, reported strong earnings and revenue in its recent quarter, but that wasn't enough to stop the sell-off in the stock last month.

BlackBerry used to produce cellphones, but with the iPhone and others disrupting that market in the past decade, the company was forced to transition its business model. It chose security for internet-connected devices, and according to its website, the company secures 500 million endpoints and 195 million vehicles with its technology. 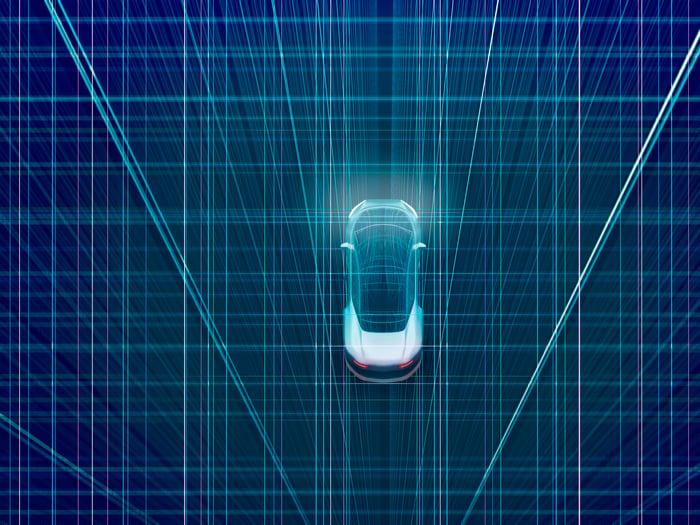 On Sept. 22, the company released its earnings for the three months ending Aug. 31. Revenue came in at $175 million, topping analyst estimates of $164 million for the period. This caused shares to shoot up in the days following. But the jump turned out to be short-lived, and the stock resumed a fall in the days after, finishing September down 14.3%, and 20% in the last three months.

Why has BlackBerry stock been steadily falling? Back in February, it became a popular meme stock like GameStop and AMC Entertainent Holdings. The stock was up sharply by late January, even though the underlying business hadn't changed. Ever since, the stock has slowly bled out those abrupt gains.

Unlike the other meme stocks, which seem to be in shrinking industries, BlackBerry has pivoted its business to a growing market: security for internet-connected devices. The company has won contracts with 24 out of the 25 largest electric vehicle makers, representing 82% of the industry's production volume. It also has contracts with all seven of the G7 governments (the United States, Canada, United Kingdom, France, Germany, Italy, and Japan). Both these factors indicate BlackBerry's business is set to grow over the coming years.

At a market cap of $5.5 billion, the stock has a price-to-sales ratio of around 7.3. With consolidated gross margins of 64%, if you believe in the growth of BlackBerry's new business lines, that market cap doesn't look crazy for investors focused on the long term. With a lot of the meme-stock gains given up, now might be the time to take another look at BlackBerry as a potential investment.