Shares of MongoDB (MDB 3.03%) rose 20.3% in September, according to data from S&P Global Market Intelligence. The maker of next-generation database systems posted an impressive second-quarter report on Sept. 2, and the stock never cooled down from the resulting surge.

MongoDB's sales rose 44% year over year to $199 million. Adjusted net losses increased from $0.22 to $0.24 per diluted share. Your average analyst would have settled for a deeper net loss of $0.39 per share on top-line revenue near $184 million. The results also landed above the high end of MongoDB's guidance ranges for the second quarter. 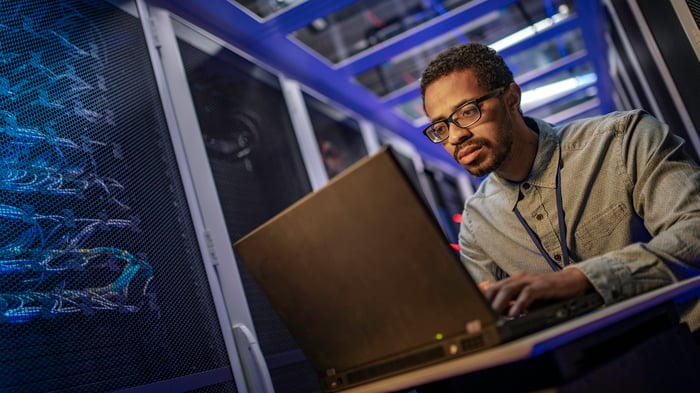 The robust revenue surprise provided the financial fuel for MongoDB's improved profitability. The sales rode a rising tide of customer interest in the cloud-based MongoDB Atlas database platform and the on-site Enterprise Advanced system. These systems are a perfect fit for organizing large and messy data streams, such as user input from mobile apps or real-world sensor readings from Internet of Things devices. That timeliness shows in MongoDB's financial results. In particular, Atlas sales jumped 83% above the year-ago reading and accounted for 56% of the company's total revenue.

The stock has now gained 90% in 52 weeks and trades at the lofty valuation of 42 times trailing sales. That's business as usual for a young company with skyrocketing revenue growth, and MongoDB is staring down a massive long-term opportunity as its hypermodern database technology threatens to overthrow the old-school relational database market. Global database systems revenue added up to $65 billion last year and MongoDB's $421 million of 2020 sales accounted for just 0.6% of the total market.

Why MongoDB Stock Is Falling Today
371%